Mr Cameron had just arrived on the Rock, where he was to hold a rally in favour of the UK remaining in the EU, when it was decided to cancel the event as part of a temporary halt to Brexit-related campaigning in the wake of the tragedy. His visit was limited to a short meeting with Gibraltar chief minister Fabian Picardo before flying back to the UK.

The Gibraltar government issued the following statement on Thursday afternoon:

It is with deep sadness that HM Government of Gibraltar has received news of the death of Jo Cox MP. Our thoughts and sympathies are with her family at this terrible time.

This is a truly appalling attack on a serving MP working hard to serve her community. Jo Cox was a universally respected Member of Parliament who fulfilled her democratic duty to the very best of her abilities. This horrific act is an attack on democracy and the British freedoms that Jo Cox worked so diligently and passionately to defend.

HM Government of Gibraltar strongly believes that the right decision to cancel any campaigning has been made by both sides. Although the public’s disappointment at the cancellation of the Prime Minister’s scheduled appearance at Casemates is understandable, the Government believes that the Stronger In campaign made the correct decision as a sign of respect for Mrs Cox and her family. 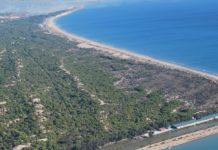