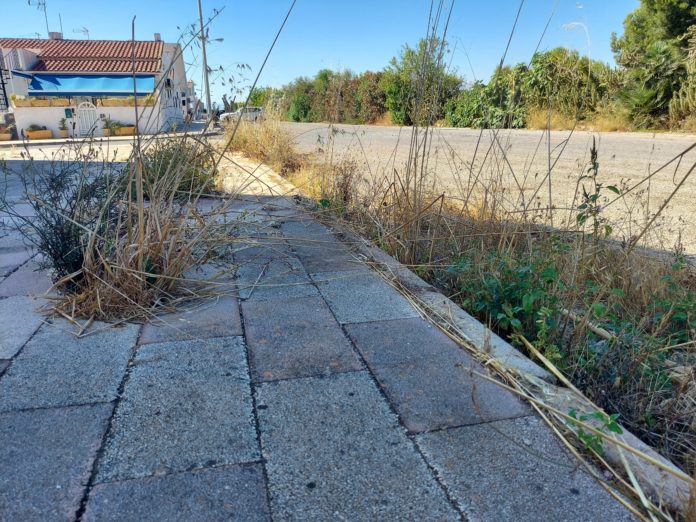 RESIDENTS living on an outlying Torrevieja urbanisation have told Costa Blanca News that they have been ‘forgotten’ by the town hall.

They complained that services are being concentrated on the town centre and council workers do not make it as far as La Siesta.

The residents lamented that some streets look as if they have been totally abandoned – with enormous potholes that haven’t been mended for years and weeds growing out of pavements which reach above knee height.

“It looks like the land that time forgot,” said one disgruntled home owner.

“We pay our taxes, the same as people who live in the town centre, but there is no service provided for us here. Via the press, the council often boasts about how they are repainting and renovating, etc – here we never see anyone at all.”

The poor image of the area has encouraged squatters to target some of the empty homes, he added.

“They see the general state of the place and think it’s a free for all,” said the homeowner.

“If the area looked more presentable they might think twice before moving in.

“As it is, they see that there is no one from the authorities around to stop them, which is not far from the truth.”

Another resident living on Calle Rodrigo lamented that they are right next to La Mata-Torrevieja natural park, supposedly the jewel in the crown of Torrevieja, but the streets looked like an urban jungle.