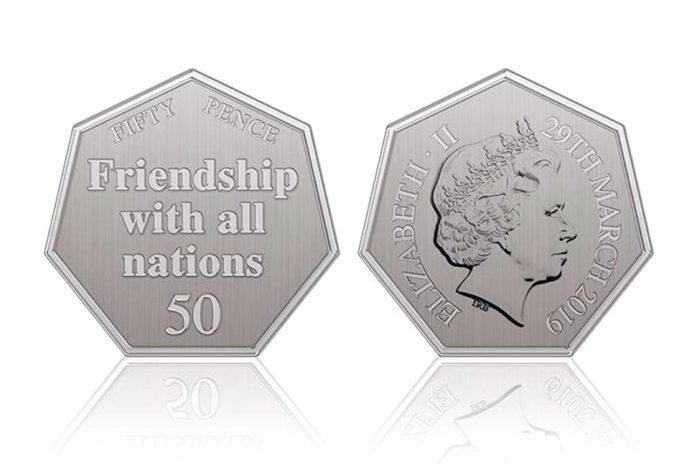 Of all the ridiculous pieces of news I’ve heard in recent weeks the government’s plans to introduce a limited edition 50p coin to mark the day we leave the European Union tops the list. Why celebrate an impending national disaster? I’m with Lord Adonis who tweeted: “This is repulsive, like a coin celebrating Suez or the Munich Agreement”.
It is a pointless gimmick that is going to be emblazoned with the slogan: “Friendship with all nations”. We’re such good friends with some other nations that we’re breaking apart from our European neighbours. A more apposite refrain would be “we’re all doomed” or an etching of the pile of ‘poo’ emoji.
The coin is due to come into circulation on March 29th, but this might be a tad optimistic as negotiators are unclear whether any deal will be reached by that day. Plus, there is always the possibility, slim though it is, of a second referendum.
I guess the only positive thing to say about the commemorative currency is that it will be made in the UK keeping some jobs in-house, unlike the new blue passports that will be made in France.