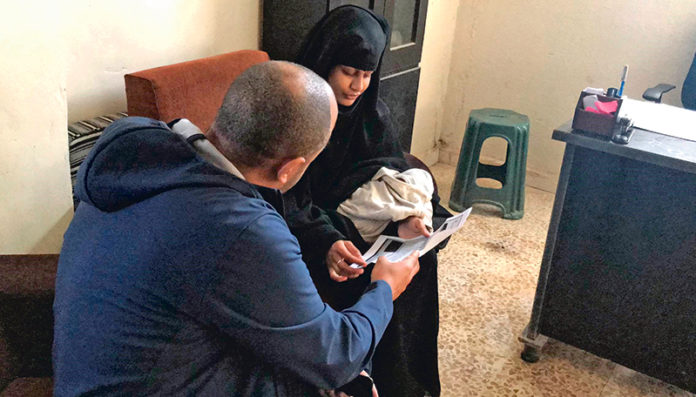 Of course, Shamima Begum should be allowed back into the UK. She may or may not pose a risk to the country, but she is our responsibility. Yes, her decision to leave the UK to join one of the world’s most brutal regimes was shocking as is her seeming lack of regret for her actions. But I can’t see how any good can come of keeping her out and showing her no mercy or compassion.
The home secretary, Sajid Javid, said last week he would not hesitate to prevent her return to the UK. He was wrong to do so. Begum is still a British citizen and it is against international law to render a person stateless. Javid was just playing politics, appealing to the baying mob by showing them how tough he can be on teenage mums with terrorist sympathies. Also, her baby is innocent and a British citizen by descent. Just because we find Begum’s views repugnant does not mean we should abandon the values of democracy and the rule of law.
None of us knows whether the 19-year-old is a victim of grooming or a truly bad person. When she made her decision to join the terrorists, she was a child, and I would argue a vulnerable one at that. But it is also true that she was old enough to know the difference between right and wrong and fully aware of the horrors committed by Isis.
Bringing her back is the safest course of action. British citizens who travel abroad to join Isis still pose a significant security threat. Leave her in Syria, and she could radicalise others against the west. But let her return through official channels and she can be questioned by security forces and held accountable for any crimes she may have committed which will probably mean a lengthy prison sentence.
Begum’s presence back on UK soil also presents us with an opportunity to learn how she became radicalised. Ultimately, this may help us prevent others from going down that path.