Dear Sir,
Re: Issue no 2186, letters page: The Spanish were grateful Gibraltar was British
Your correspondent Nick Brazil’s portrayal of gratefulness by Spaniards whose lives were saved from persecution by obtaining refuge in British Gibraltar (April 29-May 5) is worth remembering reciprocally in that, nowadays, the British are indebted to Generalisimo Francisco Franco, the guarantor of a Union Jack still flying over the Rock.
Declassified documents of the KGB Moscow Archives (‘The Black Book of Communism’, Harvard University Press, 1998) and of Churchill’s secret archives (‘Churchill and the Secret Service’, David Stafford, Edinburgh University, 1997, Abacus History) reveal that, in May 1940, Churchill charged Alan Hillgarth, the naval attaché of the British embassy in Madrid, with a mission to bribe Franco’s leading generals to secure Spain’s relinquishment regarding a direct involvement in WWII. Churchill ordered the British Treasury to deposit 2.5 million pounds with the Swiss bank Corporation’s New York branch. From that money Spanish brass hats received installments geared to their aired views monitored by British intelligence.
Franco’s induced loyalty to the western allies resulted in the prevention of the German operation “Felix”, eg to kick the British out of Gibraltar, indispensable to gain control of the Mediterranean to cut off supplies for Montgomery’s troops on the North African theatre. Operation “Felix” had been planned meticulously by Rear Admiral Erich Raeder, Admiral Canaris of the Abwehr (German intelligence agency), Reichfuhrer-SS Himmler, who would have deployed the Waffen-SS division “Gross –Deutschland”, Reichs Marshal Goring whose bombers would have taken off in southern France, as well as by the commander of the parachutist regiment which knocked out the Belgian Fortress Eben Emael situated on the St Albert Channel.
Franco’s brother-in-law, Ramon Serrano Suñer, the acting interior and foreign affairs minister, met ten times with Hitler in Berlin and on the Obersalzberg where he managed to prevent the execution of operation “Felix”. A writhing Serrano Suñer, to avoid an ‘international incident’, declined for instance Goring’s demand that his aircraft, after the bombing of Gibraltar, had to refuel on Spanish territory.
Serrano Suñer’s “consolation prize” for Hitler Franco’s deployment of the volunteers of the Division Azul who aided the Wehrmacht on the Russian Front, the use of Spanish Civil labour in the Reich and the consent that German agents of the Abwehr were permitted to operate on Spanish coastlines luring allied vessels within reach of torpedos of German submarines. (On November 13, 1941 German agents directed the subs U-81 and U.205 toward a flotilla and the Royal navy’s pride, the aircraft-carrier HMS Ark Royal, was sunk off the coast of Malaga.) 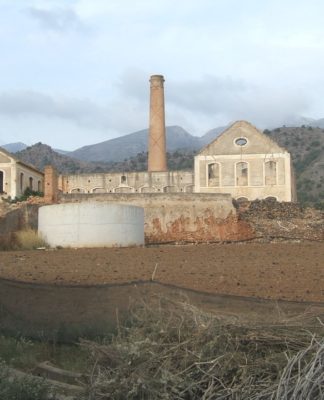