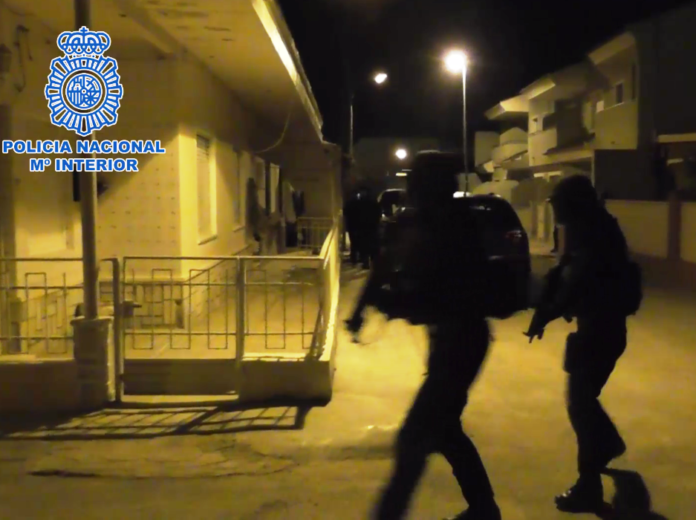 A 31-year-old man who was allegedly ready to engage in violent terrorism was detained by National Police in a pre-dawn raid this morning (Tuesday) in Torre Pacheco in the Murcia region.

A dramatic video published by the National Police shows dozens of armed officers in bullet-proof vests and protective clothing stalking through the streets of the town to reach the suspect’s humble abode under the cover of darkness.