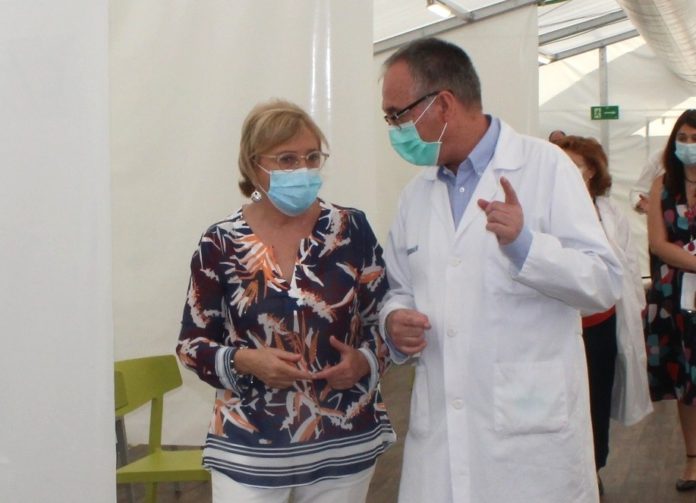 Councillor for health Ana Barceló announced on Saturday that face masks will have to be worn at all times in public in the Valencia region (provinces of Alicante, Valencia and Castellón) – with some exceptions.
She explained that a face mask will not be needed on beaches, public swimming pools as well as ‘countryside areas outside of town centres’ when a distance of 1.5 metres can be maintained from other people – or during physical exercise and ‘any other activity which is not compatible with its use’.
However, a face mask will have to be worn ‘at all times in the street’ and in public areas.
They will also have to be used correctly, covering the nose and mouth.
Bars will be able to use their outside tables at 100% under the new measures, she added, with 1.5 metres between tables.
However, people will have to wear a mask ‘when they are not consuming’, she noted.
The measures have been brought in after cases have quadrupled since the end of lockdown in people aged 20 to 40.
She added that there is still a ‘complicated path’ to follow in the future and ‘we have to look after other people’.
Sra Barceló added that private parties and ‘not taking the proper precautions’ in some bars and leisure areas is leading to flare-ups in different parts of the region.
The regulations have now been published in the regional official bulletin and have come into effect.
Full report in Friday’s Costa Blanca News