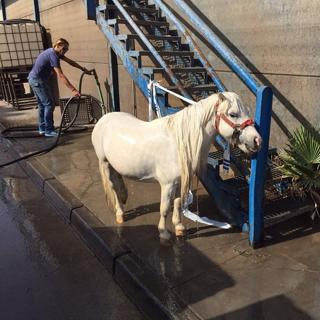 A pony found abandoned in the centre of Almería and loaded onto a rubbish lorry because no council staff were available to handle the animal has highlighted the ongoing crisis at the city’s municipal pound.

The pony, which was spotted wandering in a street close to the town hall, was found by local police agents on Sunday morning following a call by a member of the public. But because the council’s abandoned animal collection service only operates on weekday mornings, it was decided to load the animal onto a flatbed refuse lorry and take it to the only available shelter at the rubbish firm’s headquarters.