On the subject of healthcare and the UK government, some interesting facts.
In 2016, 70,000 (based on a pension of £12,000 average a year, this brings into Spain £840 million unearned income, a boon to any country) pensioners were/are living in Spain.
If they arrive with an ongoing health problem, the amount is increased to cover that. It is over £4,000 per person. However, as you know, the percentage of hip replacements, as other treatments and requirements, is basically the same for Brits as Spanish.
I am not on my own, as I, like many Brits, do not require treatment the same as if they were in their own country, so like in any NHS system we support the others (£280 million is put in the NHS pot based on the above). I wonder how many hip replacements are needed (starting price private €9,000).
The other people in Spain, from the UK, must work to receive the NHS on the same basis as the Spanish people. If you are not a pensioner but retired, you will need to pay for a private health insurance. To use the NHS you must become a resident and prove you have enough to live on (even as a pensioner I had to produce my P60’s and these are added up to ensure you can afford to live here (there is an amount required) and provide proof of my property (shame that is not required for EU people in the UK).
What the current rate is I am not sure, as I read it over six years ago that the NHS in the UK receive €3.62 per person per month for healthcare from some EU countries. Spain, as other EU countries, reclaim any monies to cover the full cost of UK people who use their EHIC card. If I told you a lot of the ways that some of the EU countries abuse the UK NHS your hair would stand on end!
The UK paid to other EU countries 647 million for healthcare of the UK’s people and received back 49 million in the same period. As there are millions more of EU people in the UK than UK people in the EU, this seems very strange.
Whilst working for the NHS I was told that the UK was not reimbursed in most cases for the money spent on EU people. On asking why we did not subtract these monies from the countries’ bills we owed, I was told the EU would not allow it!
Also, students from the EU can and have gone to colleges in the UK for 16 hours and worked for 16 hours (maximum) and claim benefits (I know this for a fact as six worked for me).
But I believe the opposite doesn’t happen – unless a reader can tell me different?
A lot of things look unfair, until you start scratching the surface, and I am sure some will agree/disagree with me. But the chances of the Spanish not wanting the Brits, especially the pensioners, would be like cutting off their noses to spite their faces.
I have had a property in Ayora since 2004. There were three English-owned estate agents, three English shops, five English bars/restaurants and numerous English builders.
There is now one English estate agent, with a shop and one online, no English shops and our last English bar closes in October, and a couple of builders.
There are abandoned English properties (returned to the UK or died). A lot are on the market. Where I live there were seven English properties within short walking distance of my property just outside Ayora, there are now three occupied full time and one used as a holiday home (I expect it to go on the market soon).
The valley is a lovely place, I do not deny that, but if this is classed as the highest percentage of expats in the province, I would assume that the numbers are very low elsewhere.

Yours sincerely
B Howman 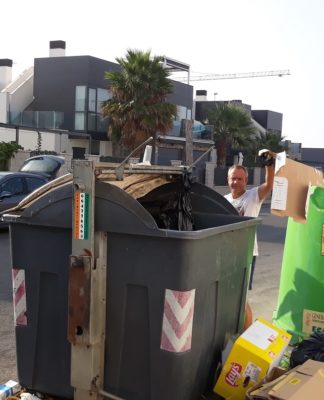 Tired of only two bins 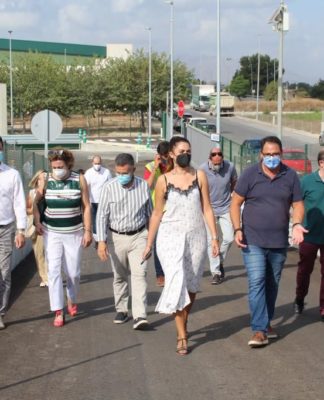 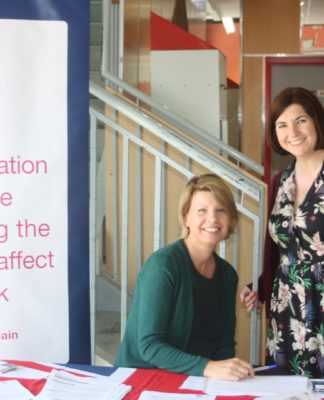 ‘Be prepared’ message is working 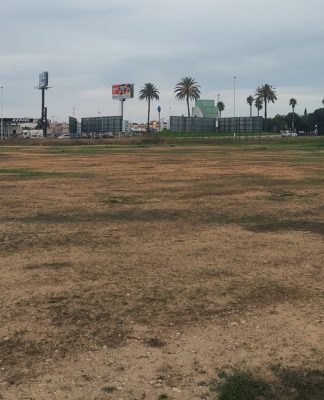