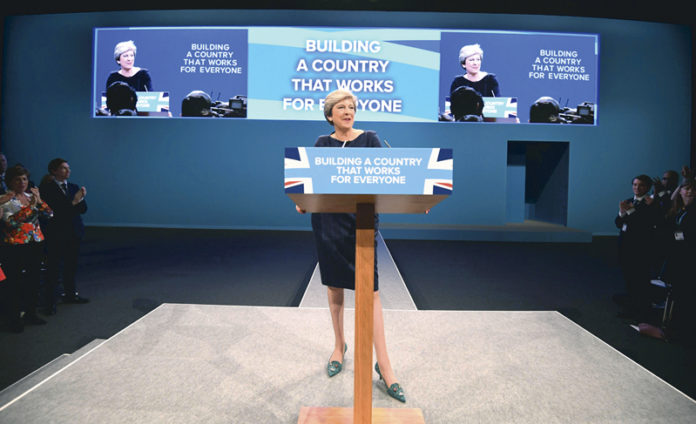 I’m no fan of our not so glorious leader but I did feel sorry for Theresa May during her calamitous speech at the Tory party conference last week. It was difficult to make out what she was trying to say amid the coughing and spluttering but I did recognise a few old Labour policy ideas in there.
This was meant to be a flagship speech to relaunch her premiership but short of her walking through a plate glass window, stepping into a bucket of water and having a blacksmith’s anvil land on her head, it’s difficult to see what else could’ve gone wrong for her. If you believed in omens you’d advise her to quit because they do not bode well.
I genuinely thought she would be gone by now, sitting at home putting pins into voodoo dolls of Boris and writing her memoirs. That she is still in office speaks more about there being no credible replacement to unite the party than it does about her abilities. I’ve never thought highly of the foreign secretary but what little political capital he had left after is pre-referendum Brexit U-turn has been squandered by his naked treachery.
So May could be in Downing Street until after Brexit goes through, if it does that is. There is a chance the process could be halted. I know we have to honour the referendum result but I was all twitchy with excitement at the weekend when news dropped that the prime minister had received advice on a legal way to stop us leaving the union. Remainers like me will clutch at any straw and I’m gripping onto this one with all the mite I can muster. Maybe we can really stop this madness from happening. Dare we dream? Dare we dream?