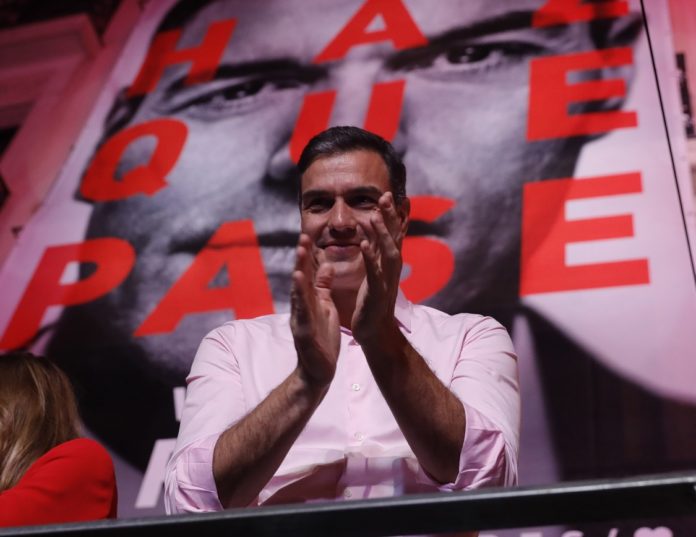 Pedro Sánchez’s Socialist party (PSOE) won yesterday’s general election – but he will have to negotiate pacts with other parties to form a government.

With 123 seats, the PSOE fell short of an absolute majority of 176.

The Partido Popular (PP) suffered the worst result in the party’s history winning just 66 seats (down from 137 in the previous parliament), closely followed by Ciudadanos (Cs) who surged to 57, with Unidos Podemos on 42 and far-right party Vox  entering the parliament for the first time with 24 deputies.

Sr Sánchez said he will talk to all parties who obey the Spanish Constitution in order to form agreements to govern the country.