Re Paul Arnold’s Vox Pop, Costa Blanca News, November 4-10
I think you missed a point on Hunt wanting to train home-grown doctors (this has been argued about since before 2000). One of the main reasons for our shortage of doctors is that we train more foreign doctors because they pay high fees and are lucrative to the colleges/universities.
The next problem is a high proportion of British students come from private schools with plenty of money.
The most frightening and problematic thing is that of our state school “high flyers” like Laura Spencer, to name but one, who wished to train in medicine and applied to two colleges. She was rejected by both, but won a 65,000-dollar scholarship (with 10 other British students) to Harvard in America!
Applications to American colleges/universities from state school pupils have gone up by a third this year. This is because of rejection in the UK, also the realistic fees and scholarships available. The nuts and bolts are that these state school students are not as lucrative, so the UK is losing them hand over fist to other countries colleges/universities. They are passing exam entries no problem abroad, so what is going on (one student this year won a scholarship to Yale)? We can all guess at that! Allegations of elitism are being banded about in the UK for a start.
It is known that a lot of students stay in the country they were trained in as they get used to the way of life. But the end result should be we train a respectable amount of state school pupils, not just people who can pay the out-of-reach fees required.
There will never be a time that we do not recruit foreign doctors, etc. Anyone thinking this is possible wants their heads testing. But for heaven’s sake, give our own a fair crack of the whip before training this massive amount of rich and/or foreign students and not our clever state school kids.
I am sorry if foreign doctors living in the UK are demoralised, but if they went through the colleges/universities of the UK surely they wondered why the percentage of rich and foreign students outweighed the basic British pupils. I think our state school students also feel demoralised and second class after failing to get a place in college/university in their own country but scholarships in other countries.

Yours sincerely
Mrs B Howman 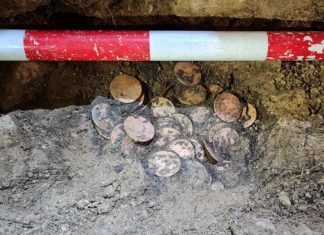