A gang of suspected armed robbers has been caught in Elche, reported the National Police.

A force spokesman stated that the two men and a woman detained, all Spanish, specialised in raids using firearms but are also accused of numerous previous break-ins and burglaries using violence and intimidation. 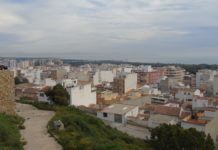