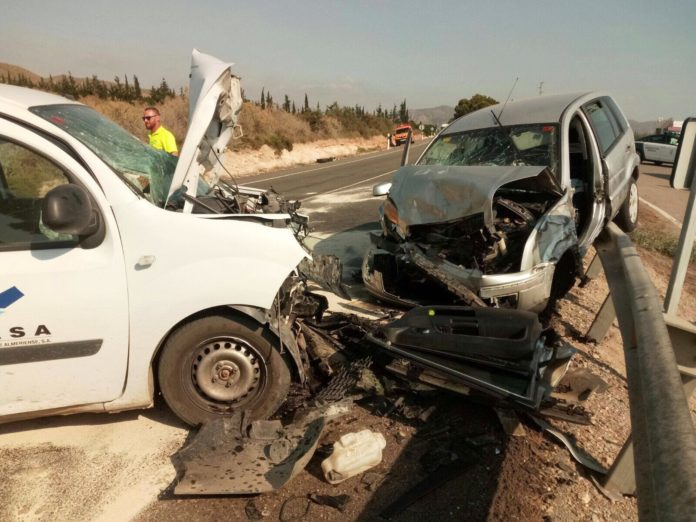 Two British women in their 60s and a male van driver were badly injured last week in a head-on collision involving three vehicles in Zurgena.

The accident happened on Friday afternoon (September 15) on kilometre 85 of the A-334 road close to the village. According to sources, the two women were travelling in a grey Ford Fusion when the car swerved into an oncoming lorry and struck its side. It then bounced off and smashed into a second car – a Galasa van – being driven by the male victim.