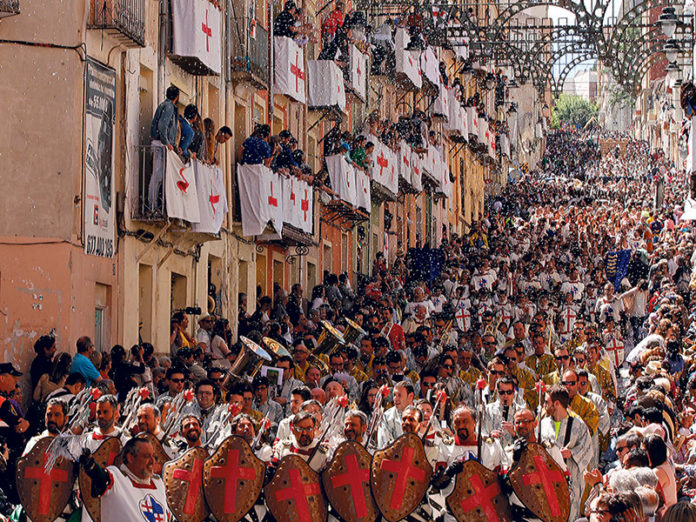 Sun and beach tourism has given the Costa Blanca international fame and prestige, but the province englobes endless cultural proposals allowing all visitors to enjoy interesting experiences. The intense work and firm commitment of Alicante provincial government is aimed at promoting, preserving and advertising the rich patrimonial, architectural and cultural heritage that Alicante possesses. In the beautiful areas of the Marina Baixa and the Marina Alta, scenery and climate are an invitation to get to know spectacular architectural sites and monuments located in unique enclaves, both along the coast and inland, but we must also take into consideration the option of visiting museums, contemplating exhibitions, enjoying music, cinema, theatre or attending interesting gatherings or conferences regarding science and humanities.

nte is, due to its culture, history and idiosyncrasy, a land strongly linked to music and it’s a national reference for bands and music societies. Traditional instruments such as the ‘Dolçaina i el Tabalet’ are part of the Alicante musical scenario and have a strong tradition that has accompanied local festivities for years throughout the province. But without doubt, one of the best scenarios to dig into Alicante roots are the popular Fiestas. Moors and Christians in Calpe or Villajoyosa, the Andalusi Medieval market in Moraira, Jávea Hogueras or any of the many celebrations giving tribute to patron saints in different towns, as well as the sea processions paying homage to the Virgen del Carmen, will provide a good account of the Mediterranean nature of a diverse, happy, open and warm land.

Aware of the importance of its musical heritage, the provincial government promotes different programmes, actions and activities aimed at strengthening the fondness that many youngsters have made their passion as well as their careers. Events such as the provincial music band contest (Concurso Provincial de Bandas de Música), the campaigns to ‘Aid the diffusion of Music and Theatre’ or ‘Música Als Pobles’ , as well as festivals, concerts and performances are some of many other initiatives promoted by the provincial government to promote such legacy. They all mix in an ensemble of sound, notes and chords that flow in the auditoriums such as the Julio Iglesias in Benidorm, La Mediterránea in La Nucía or the Auditori Teulada-Moraira.

It goes without saying that in the field of the seventh art, one of the most awaited dates on the national cinema scene is Alfaz del Pi film festival (Festival de Cine de L’Alfas de Pi) that each year, in close cooperation with the provincial government, gathers the most outstanding professionals of the celluloid world in this enchanting corner of the Marina Baixa.

Likewise, the provincial government, mainly through its Culture and Architecture departments, with the assistance of Alicante Archaeological Museum and the MARQ foundation, maintains an important line of cooperation and technical assistance to offer different local councils in the province the chance to preserve and advertise the rich heritage of Alicante towns.

THE PLA DE PETRACOS SANCTUARY: The ‘Santuario del Pla de Petracos’, located in Castell de Castells, is one of the most outstanding examples of cave paintings in all of Europe and has been declared of Cultural Interest and is a Worldwide Heritage site. The importance of the site led the provincial government to increase its value by improving its advertising, protection and access routes.

THE COVA DEL RANDERO CAVE: This exceptional cave has been well-known for years and it’s the subject of an intense investigation project on behalf of Alicante archaeological museum because it is a unique site and essential for the understanding of the Neolithic period in the Marina Alta. The new work lines that are being carried out at the site include the use of modern photometric techniques inside the cave and among the most relevant findings in recent digging campaigns are that of a full skull and a vase in perfect state dated over 5,000 years old.

THE POBLA MEDIEVAL DE IFACH: Located at the foot of the Peñon de Ifach rock in Calpe, the medieval village (Pobla Medieval) is a large and unique site in the Valencia region which, thanks to numerous digging campaigns by the M 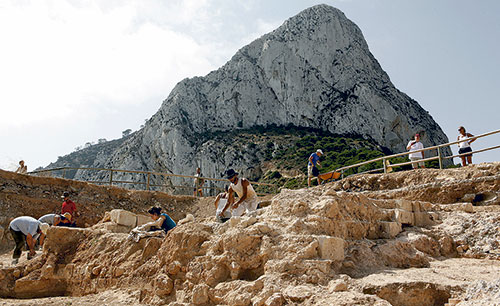 ARQ foundation carried out every year, is providing thorough information about life in those ‘small high fortified villages’ built during the Christian reconquering of Spain (722- 1492AD). The Pobla was an enormous walled-in area comprising of a complex access system, storage rooms, warehouses, houses and an impressive church dedicated to Our Lady of the Angels with a medieval necropolis at its foot.

THE QUEENS BATHS (BAÑOS DE LA REINA): Alicante provincial government is working on a new general plan for the improvement of the Baños de la Reina archaeological site located in Calpe. The main target, which has the support of MARQ, is to consolidate and publicise this important enclave as a cultural and tourism reference on the Mediterranean. The Baños de la Reina is a Roman ‘Vicus’, in other words, a large group of luxury Roman villas (II and III century AD) dedicate to rest, relaxed living and leisure in front of the sea.

ABRIC AND CABEÇO D’OR CAVE PAINTINGS: The Abric I Cabeço d’Or, located in Relleu, has a most interesting series of cave paintings. Its investigation was carried out in 2005 within a diggings plan drawn by MARQ and work is currently being carried out to increase its study and documentation.

On a different subject, through the Instituto Alicantino de Cultura Juan Gil-Albert, the provincial government is supporting a series of cultural investigation and promotion magazines regularly published by local and d 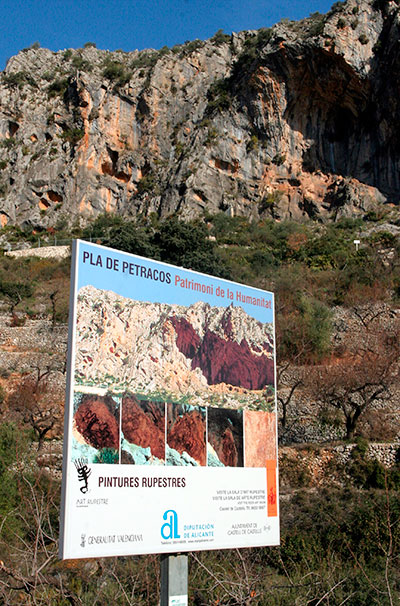 istrict study centres throughout the province. This initiative, channelled through the ‘Espai Cultural Enric Valor’, seeks to exchange proposals, projects and activities of the different entities that form it, which include the ‘Aguaits’ and L’Aiguadolç’ of the Institut d’Estudis Comarcals de la Marina Altea, and the ‘Sarrià’ of the Associació d’Estudis de la Marina Baixa. In addition, the network includes other organisations in the area such as the Centre d’Estudis de la Repoblació Mallorquina – locate in Tárbena, L’Associació Amics de Teulada and the Institut d’Estudis Calpins.

Finally, we would like to highlight the provincial government’s collaboration with the extensive network of the UNED (open university) in the province to facilitate university access from different towns. In detail, for several years now the entity has continued to provide firm institutional and financial support to associated centres in Dénia and Benidorm and facilitate Alicante residents’ access to studies and a variety of university degrees.

Could you be paying less for your investments and pensions? 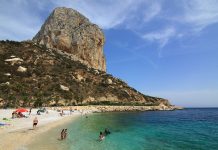