School bullying, or bullying, is one more of manifestations of violence in current society, and due to its effects in children and above all in adolescents-in-training, has sensitised schools, families and society against it and has provoked the Ministry of Education and Culture to decree 74 measures for removing it.
As many others forms of violence the origin of this one comes from the fact that human nature is not naturally good, but perfectible by means of education. Hence one of the first reasons to reduce or eliminate violence includes particular attention to education.
Education consists essentially of acquiring habits, ie virtues, competences, in order to give the person a second nature. The specific and proper aim of education is the perfection of human faculties, training man to act the right way.
But to fulfill this purpose education has to be comprehensive, and encompass all the capacities and dimensions of person, from physical educations to a spiritual or religious one if it is desired, and also the education of cognitive skills (senses, mind, memory, creative imagination), the sensitive desire (feelings, emotions and passions), the superior desire or will with its different acts and virtues (prudence, strength, justice and temperance), all of them the basis of moral education.
At least, from Classic Greece until the seventies of the last century, moral education has been a priority in school, not because will is more noble than intelligence, but because “if will is not good it does not matter if other faculties are so, taking into account that their use depends on will itself”.
We live today in a very complex society, with a recent crisis of values, the emergence of new technologies and their premature use by children and adolescents, and the multiple risks for their formation.
Therefore, it is indispensable to insist, more than before, in youngsters’ moral education in different stages and successive phases they move through in their development; and those phases are:
First stage: from birth to age 3, a period of breeding. It corresponds to the moral of functional disciplines (everything related to nurturing, sleeping, washing, bladder/bowel control), and means a first submission to an order of societal moral.
This stage is particularly important for structuring the child’s brain, by means of impressions from the outside world through the senses. It is therefore important to create a suitable family atmosphere. The genetic basis is modified by the number and quality of sensations child receives.
Second stage: from age 3 through 6 or 7 years of age. This is the stage of the moral of good manners, the moral of habits, and among them, values. Obedience is considered as the first of virtues, not referred now to functional disciplines like the previous stage. It relies, at the same time, on submission to the orders given and to prohibitions established, always in a reasonable way, after the age of 4 or 4 and a half.
The child’s love for their parent rests on confidence and admiration. Their moral education is made easier to a great extent when home and school offer the warmth and friendliness and the good examples they need.
Third stage: from age 6 or 7 through 11 or 12 years of age. This is the stage of the moral of norms and rules. Children have to accept behaviour rules whose sense and significance they begin to understand, and perform them playing. It is different from the previous stage, due to not being a compulsory demand, but being based on a standard considered as good and valuable for everybody. Its virtues or values are loyalty, mutual aid, and above all, justice as their central concept.
This is the moment to begin learning school regulations, local laws, those of their autonomous community, the Spanish constitution, the Universal Declaration of the Rights of the Man, and also for believers, the Commandments of God’s Law, even though these have a different origin.
Fourth stage: from age 11 through 16 or more years of age. It is the stage of the moral of “self”, personal, autonomous or post-conventional moral.
This is the difficult age (preadolescence and adolescence), due to great changes happening in their bodies and minds. Is a moral of sentiments, resting on the love to good; virtues or values come together now around the sentiment of honour. Some of these values they try to imitate through exemplary lives are self-sacrifice, sincerity, compassion, heroism, courage, respect for a man’s word when it is given.
The passage of the moral of rules or conventional into an autonomous one can have a critical point, that of not to believe in the conventional criteria of previous moral, but without finding out an alternative, and so parents and teachers have to be vigilant to provide the aid required in order that they can build being mature, prudent, sensible and responsible life projects.
And for this to happen, schools at every stage of the education system must satisfy psychological and basic needs of affection, success, sense of life, and provide pupils with the necessary living conditions for practising every value and norm, in order for them to become good habits, without neglecting monitoring, especially for students with difficulties. 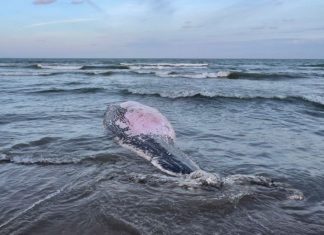