Dear Mr David Hudson,
Have you ever lived in Cataluña?
Were you in Cataluña these past few months?
Have you ever been or had sons and daughters in Catalan schools?
Did you see with your own eyes how the two civil leaders (not party leaders) incited the riot?
Do you know what is the “Catalan Estatut”? Do you know what Rajoy’s party did to it in 2006?
I am Catalan and I live in Barcelona.
On October 1, I was beaten up by the Spanish police and Guardia Civil when I was trying to vote peacefully along with two other million people. I remind you that there were over a thousand injured on that morning. Unfortunately, no photos of such violence were published in Spanish press neither was seen on Spanish television. And for your information, on that day there was no mobile voting, nobody voted twice because there were identity-checking lists at all polling stations and nobody used their parents ID to vote.
By the way, the Catalan language is a Romance language that derives from Vulgar Latin and has the same origins as French, Italian and Portuguese (where you have learnt, that Catalan is “bastard Spanish” I can’t imagine!). By the way, the “fires blocking the carriageways” were candles carried by people in sign of peace. By the way, the Spanish Civil War started in Northern Africa and it was military “coup” against the democratically elected Spanish Republic …And so on…
It might help if you got these historical and recent facts correct before putting your ideas forward for publishing. It also might help if you spoke to Catalans, of all ages, who want independence so that you have a balanced view of the issues and arguments. Speaking to Spanish people about what Catalans want may give you a one sided view – this is possibly why you make such a derogatory and inflammatory statement when you accuse people like me of being similar to Hitler supporters. This is an unacceptable fascist accusation. I am shocked to see that such statement comes from a British citizen! 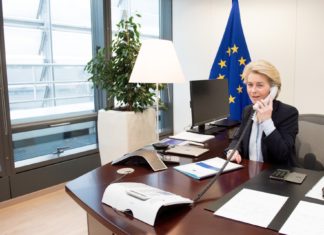