Home Costa Blanca News Letters to the editor Is the coast for sale at any price?

Since roughly 2014, council owned land situated in Orihuela Costa has been sold by Orihuela council raising in excess of over €25,000,000, which has been added to the coffers of the municipality.

This figure is substantially less than originally anticipated, netting far less than their true values. So in effect it was sold off at greatly reduced prices, but what else could be expected by selling land for construction when the economy was recovering from the bottom of the biggest recession Spain has experienced in years!

The land that has been sold had been reserved for various projects that were deemed important to improve the non-existent amenities of Orihuela Costa. However the present administration based in Orihuela city are totally ignorant about the needs of the population who are living on the coast. They decided in their wisdom that the land was surplus to requirements and would raise much needed revenue that could be invested in new projects (but not for the coast).

t is my understanding that the millions of euros raised from the sale cannot or should not be used to plug holes in budgets that have been mismanaged, but is earmarked for developing improved infrastructure and capital projects to improve the community (except Orihuela Costa) 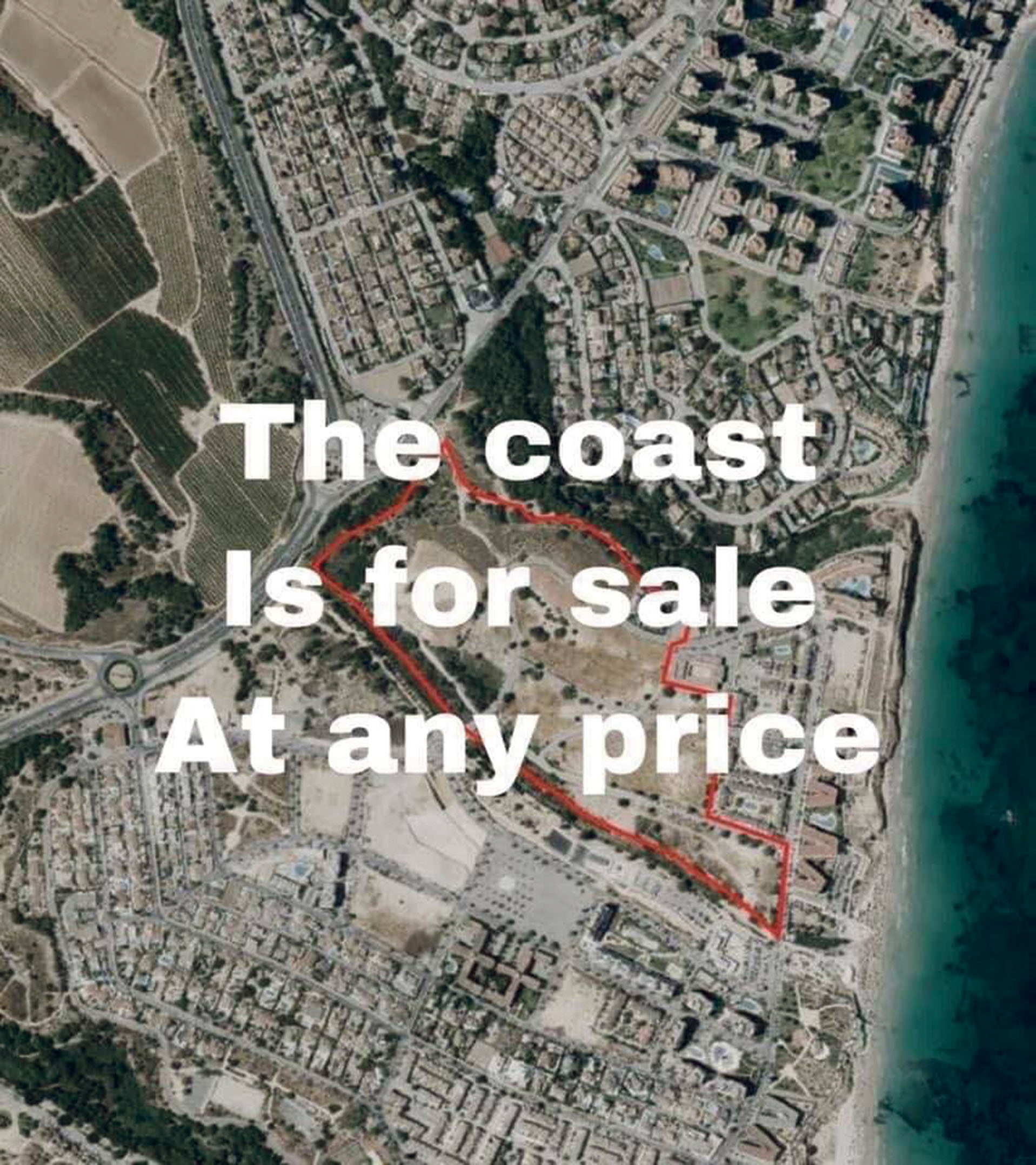 So can the long-neglected and deprived residents of Orihuela Costa expect that they will see some much needed council spending actually being spent for the inhabitants of the coast? If the land sold had been reserved by past administrations for building projects for the benefit of the community of Orihuela Costa, then surely the money raised by selling off these valuable assets of Orihuela Costa should be spent in Orihuela Costa. Well, as can be expected the coast will be lucky if it even secures 40% of the money, and this amount will only be earmarked for the coast if councillors honour long-agreed promises about public spending, something that history has shown is very unlikely.

The greedy councillors past and present from the tiny villages and the city of Orihuela, who have consistently ignored the needs of coastal residents, have all had their sticky, grubby little hands out fighting for their share of this windfall.

The tiny village of La Aparecida with its small population of far less than 4,000 people saw the completion of its cultural centre, which was predicted to cost another €700,000 to complete, in addition to the high cost of building the centre! Clearly this tiny village is more significant and important than Orihuela Costa, which has a population well over 33,000 people and already contributes a hugely disproportional amount of revenue to the income of Orihuela.

This tiny village is seen as more important and deserving of public spending than the entire coastal region.

If a village with such a small population requires a cultural centre, even though it is less than 7.5 kilometres from the wealth of services in Orihuela city and is linked to it by public transport, why isn’t a cultural centre deemed essential for Orihuela Costa, which is over 33 kilometres distant with virtually no public transport links? Is this a case of the coastal residents being invisible and discriminated against?

Register to vote, every vote counts, vote to make a difference

Voting is your right

Voting is your voice

Voting is your power