Valencian Community, January 17, 2020. The existence of environmental factors that favour the ingestion of high-calorie balances has a greater influence on the obese patient than his or her genetic load, according to the specialists at Quirónsalud Valencia and Alicante.

Regarding the influence of the genetic load on the obese patient, Doctor Vicente Campos, an endocrinologist with the Obesity Unit at Hospital Quirónsalud Valencia, points out that “we must consider that there are genetic syndromes that are clearly linked to certain very specific types of obesity, but most obese patients are influenced by several genes, what we call polygenic.”

Doctor Clara Navarro, endocrinologist with the Obesity Unit at Quirónsalud Alicante, explains that, “though patients with obese parents have a greater risk of becoming obese, genetics is not the determining factor in the large majority of cases. Most obese patients present the interaction of multiple genes that, together with environmental factors, determine how easily they gain weight.”

Among these environmental factors, one of the most important is the socioeconomic level of the obese patient. According to Doctor Campos, there is a modification of the socioeconomic level in relation to the prevalence of obesity. “Historically, the possibility of overeating could be found more often among people with greater socioeconomic power, but nowadays, exactly the opposite occurs.

resurge supplement reviews Access to hypercaloric food, products with refined sugars, fast food, etc., is much cheaper than maintaining a Mediterranean diet with fruits and vegetables. Due to this, the prevalence of obesity, and in particular morbid obesity, has transferred to the lower economic strata, especially in women,” elaborates the specialist.

Another factor that determines obesity is the intestinal microbiota, made up of the micro-organisms that inhabit each person’s intestines. The different composition of the microbiota can lead to the obtention of energy from foods that would normally not be absorbed, while some of the elements produced by these bacteria make their way into the bloodstream, leading to greater insulin resistance and the appearance of diabetes. “The good news,” adds Doctor Navarro, “is that the type and amount of bacteria living in our intestine is significantly influenced by the type of food we ingest. As a consequence of this, maintaining a healthy diet can help change this composition, and eliminate the predisposition to obesity.”

The specialists at Quirónsalud conclude that, though our genes, and other factors, may influence our predisposition to obesity, the most determining aspects are our eating habits and physical exercise. Because of this, it is essential to treat these patients with a multidisciplinary, personalised approach in order to solve their problem. 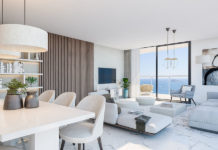 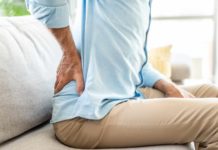 Arthroplasty or hip replacement: when and where to perform it 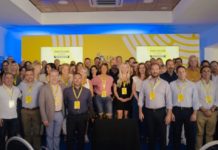