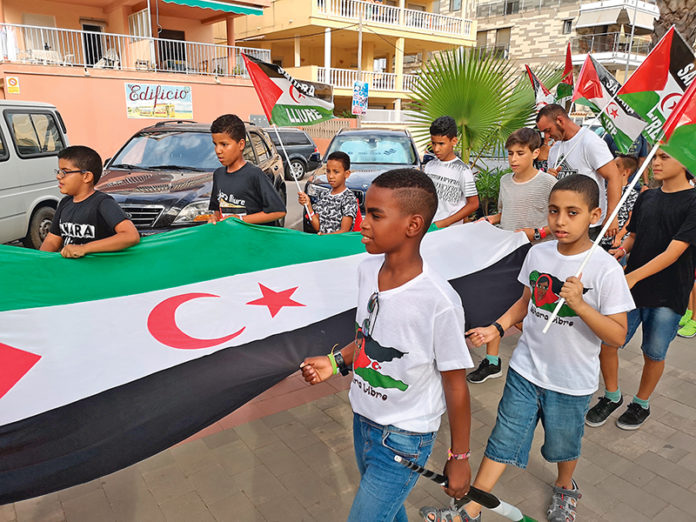 MORE than 600 people joined in peaceful protest on Saturday (July 13) to demand freedom for the population of Western Sahara.
The event, in Tavernes de la Valldigna, was organised by Saharawi associations from across the Valencia region and included a March to raise awareness for the plight of the Saharawi people who are living in desert refugee camps.
It was attended by many Saharawi children who are in Spain for the summer months staying with families as part of the Vacaciones en Paz (Holidays in Peace) programme.
After the March the participants had dinner together and enjoyed a live music concert put on by the town council of Tavernes de la Valldigna.