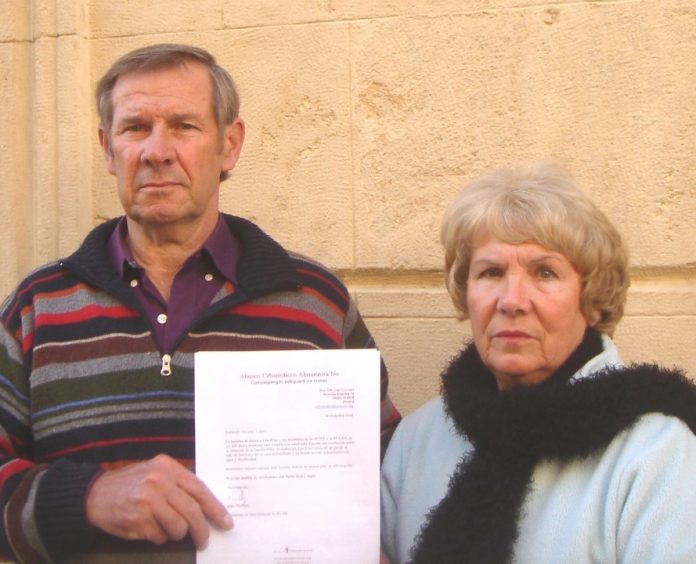 A RETIRED British couple whose house was demolished in 2008 despite having planning permission have won their case against the town council in Vera, Almería.

Len and Helen Prior, both 72, should be awarded €425,183 in damages plus interest for the loss of their property, magistrate Ana Fariñas Gómez has ruled.

The couple’s house, which stood on rural land, was bulldozed on the orders of a judge in January 2008 after the Junta de Andalucía revoked their building licence. The two have been living in their garage since then.

The demolition sparked worldwide media attention and led to a string of protests from the expat community and the AUAN property rights association, who saw the Priors as the innocent victims of a feud between rival administrations.

Despite the favourable ruling, Mrs Prior expressed anger at the size of the compensation, claiming the amount received will be less than the couple spent on building the property, in addition to having to pay lawyers’ fees as well as sharing out the legal costs with the council.

A bitter Mrs Prior said: “It’s an insult. It’s not a fair settlement when you think of the house we had and the amount of work we put into it, and when you consider that they’ve continued building houses here since they knocked ours down – seven have gone up since 2008.”

In addition, although the court accepted a claim for moral damages, the amount finally awarded was reduced from €200,000 to less than €9,200.

To add to the couple’s woe, the council last week announced that it would appeal the verdict.