In last week´s CBN, Chris King presented an excellent résumé of the EU situation. Whether you agree with his views or not, it cannot be denied he presented a lot of facts and figures on which decisions can be made. This contrasted with the recent election campaigns, which were extremely short on facts and, especially, figures. Based on this, I thought you may wish to know why old fogies tend to vote Conservative, and younger people vote Labour. Us older generation are often called cynics, but as George Bernard Shaw said, “The power of accurate observation is often called cynicism by those that don´t possess it”.
The Conservatives had an extremely poor campaign presentation and the arrogant young couple of advisers responsible have now resigned. The only memorable figure of their campaign was the £100k of retained assets if a person had to go into care, a PR disaster. Meanwhile Labour promised “Milk and honey” to all, with no “stick” for most. I heard many times that Labour was the only party to present a “Fully Costed Manifesto” – but I wonder how many who said that had the time and ability to read the 128 page document? I did, did you? Here´s a few major points:-
Page 10 says: Our manifesto is fully costed, with all current spending paid for out of taxation or redirected revenue streams. Our public services must rest on the foundation of sound finances. Labour will therefore set the target of eliminating the government’s deficit on day-to-day spending within five years
Page 11 said that there would be no increase in tax for 95% of taxpayers (those on less than £80k), no rises in VAT or National Insurance. Large (not small) corporations would be “asked to pay a little more”. It also says that “Labour will give HMRC the resources and skills necessary to clamp down hard on those unscrupulous few individuals and companies who seek to avoid the responsibilities that the rest of us meet “.
Reminds me of Tony Blair´s first parliamentary speech as P.M. in 1997, when he announced that his first priority was to crack down on those not paying a fair rate of tax. 15 years later his own company paid less than £400k tax on profits of over 13 million.
The above are the only mentions of how the Government would increase its income, apart from Page 71 where it mentions increasing the tax on private medical insurance (and manage to push more people onto the NHS?), to balance the books (see Page 10) within 5 years.
Most pages refer to increased funding in just about every faction of life, but nowhere does it give specific figures. No wonder Abbott and Costello (sorry, Corbyn) got it so wrong when asked for costings on 10,000 extra police and breakfasts for primary schoolchildren – did anyone wonder why interviewers had to ask about a “Fully Costed Manifesto” if the figures had been available in it? There are no costings anywhere.
As an example, on railways Page 90 says: – A Labour government will complete the HS2 high-speed rail line from London through Birmingham to Leeds and Manchester and then into Scotland, consulting with communities affected about the optimal route. We will link HS2 with other rail investments, such as Crossrail of the North (tying together our great Northern cities) and on to the Durham Freight Centre. Already the estimated costs of the currently proposed high speed rail system are £55bn, add to this the above extensions plus the cost of buying the current rail network which Labour propose to take back into public ownership, and it is easy to see why there are no costings in the Manifesto – they would frighten the electorate.
I won´t even start on how much it would cost to buy back the water industry and part of the electrical supply network!
Most of the Manifesto contains meaningless tripe like “We will expand the role of the Groceries Code Adjudicator to ensure suppliers and consumers get a fair deal. Or it has pictures of Jeremy (complete with apron) helping a young girl (with her bandaged hand) at a cookery class.
During the campaign the political bias of the BBC in favour of Labour was very noticeable – probably prompted by Page 99 which said the BBC is a national asset which we should all be proud of. Unlike the Conservatives, Labour will always support it and uphold its independence. We will ensure the BBC and public service broadcasting has a healthy future. Labour is committed to keeping Channel 4 in public ownership and will guarantee the future of Welsh-language broadcaster S4C. We have had many examples in the past of the BBC´s wasteful spending, so I can imagine its delight at carrying on without outside controls.
And just in case any lady fancies a career change, Page 111 says “at least 50%” of the Labour Cabinet will be women. Isn´t that saying that ability is not the key decider (believable having seen some of the Ministers), and also discriminating against men?
So maybe the old fogies support the Conservatives because they still have the ability, and particularly the time, to read and listen to what is promised – and also a memory of what has been promised and actually happened in the past.
P.S. It is a pity the campaign was not extended, I reckon after all the Manifesto bribes Jeremy was getting ready to offer Free Ferraris to Old Fogies. 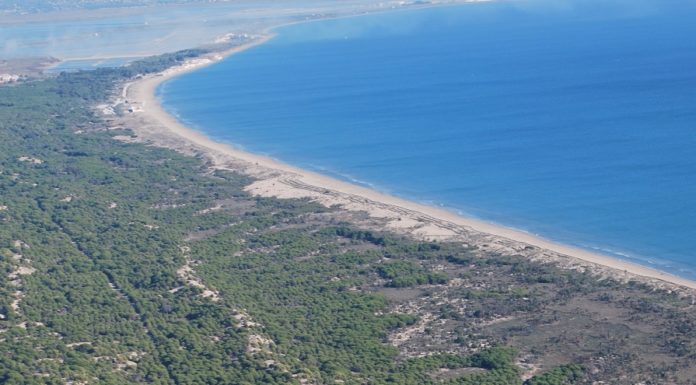 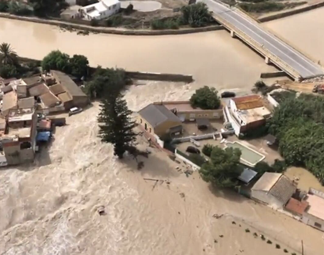 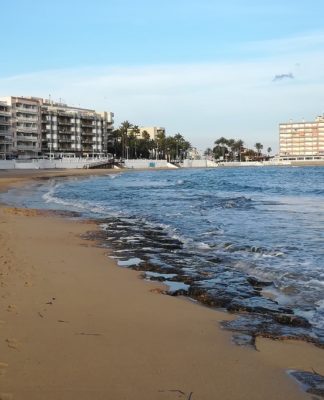 Bid to save disappearing beach 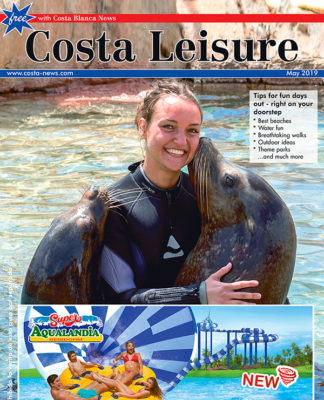