Home Costa Blanca North Letters to the editor Is this acceptable?

I think I have calmed down after my regular visit to my local supermarkets nearby in Alfaz where I have owned a property since the mid 1980’s.
Comparing prices between the two that are located across the road from each other, I saw that one had the same milk but two different prices each side of the aisle. I waited until Monday, and took a carton, but watching the price at the till, I was surprised as it showed up the higher of the two, €0.55 as opposed to €0.53. I explained to the man behind the till I expected to pay the lower price as it had been double priced which was clearly displayed on a big sign above the product. Can you believe that in front of the queue at the checkouts and those entering the shop; he shouted, “You are a liar”.
As a retired British old lady who, like thousands of others is self-sufficient, we pay our way, and not only do I not have to lie but I find that insulting.
In the UK I had a good business but we relocated to Spain where again we operated a successful enterprise until retirement and the new owners are doing well also to this day.
This man, who I assume is one of the owners , initially refused to come to the aisle to see if this was a genuine complaint, saying that he was “staying right there”. Nowadays I am just a little old biddy, don’t want to make waves, but way back in the 1950s I served as a member of the British Armed Forces in the WRAF, got my baptism of fire and must now be Teflon coated, so I was cross and said “Don’t you dare say that to me”.
I found another employee who agreed but took off the (for them) offending price discount which should have been altered from October 2 – only a three-week wait! -, but he could not intervene further because the man at the counter “was in charge”.
Don’t say I don’t try, because I went back to the counter and reluctantly he came to see. I was pointing out the two displays when he grabbed my arm and hauled me across the aisle. At this point, it could have escalated into a nasty incident where I could have screeched I was being attacked or (maybe better) given him a punch. Instead, I left the bullyboy went across the road to the other supermarket and bought my milk at €0.51. For this supermarket maybe two cents is a big deal.
I have a nice Spanish son-in-law and a lovely Spanish granddaughter. But what if this had been an old lady who was so upset at this treatment. Maybe this man should be concerned that his employees do not feel that they can dispute anything he says.
Is he God? 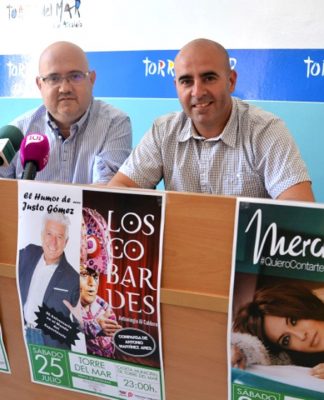 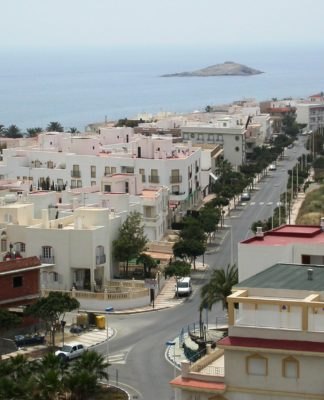