With reference to the article in the CBN last week, there seems to be a lot of misinformation about the feral cat situation in Javea. The Javea Feral Cat Association is a legal, registered, non-profit making organisation which has been operating a Trap-Neuter-Release programme in Javea for more than six years. To date, we have taken 2307 feral and stray cats to the vet via the programme, most of these to be neutered and some for other treatment after being health checked.
We and our volunteer helpers monitor and control several groups of cats in the area and we are quickly alerted to any new cats that appear in the groups. In the last few years, many of the cats that we come across on the street are not feral at all but have obviously been abandoned or just dumped by people who were not able or could not be bothered to make some other arrangement for them. One of our volunteers recently discovered ten kittens dumped in a box near a feral cat colony and we have had several kittens rescued from inside the large basura bins.
Far from “proliferating” and “breeding uncontrollably” as we have read recently, the feral cat situation in Javea is probably one of the best controlled along the coast and no doubt there are many towns who would like to have a group of volunteers who are willing to catch and neuter their feral cats. We maintain that it is far better for us to monitor these groups so that we can sustain our TNR programme.
We receive no funds from either local or national government but, like other struggling charities, rely solely on the generosity of the people of Javea..
We are a totally independent association with no links whatsoever with any other organisation, group or political party.
Elizabeth Trafford,
June Harris and John Harris
Javea Feral Cat Association 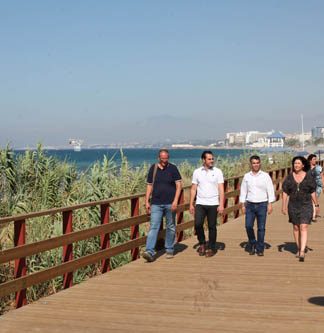