Dear Editor
Two issues I should like to raise, namely the matter of votes for life and Spain’s apparent failure to honour the Double Taxation Convention between the UK and Spain.
With regard to the first matter, which is inextricably linked to the Brexit. Despite the fact that the campaign had revealed a big divide in the attitude towards our continued membership of the EU, we should all now reflect upon our future as a nation. Not least the future of us expatriates, including those many other EU citizens who emigrated to the UK when exercising their right of free movement.
Recriminations serve no useful purpose in any society where the majority of the people have decided our future. Indeed, such recriminations could become extremely damaging if allowed to to be left unchecked.
As expatriates we must now continue to struggle in order to secure the benefits of the rights we had acquired as Union citizens. Here I refer to all aspects of state pensions, including the recognition of such rights for migrant workers, our right to continued health care for our elderly, and not least the rights of the sick and disabled in our society.
Our present concern should also now be directed towards the ever rapid political move to the far right in Europe. Particularly where our history has taught us that this can so easily lead to armed conflict in Europe. And whilst we currently remember those who sacrificed their very lives for our freedoms in WWI. We all said that it would never happen again, but it did. We must never allow ourselves to become complacent. I was a child living in London at the outbreak of WII. Therefore I know what it is like to have bombs raining down on us, not to mention the many deprivations we all suffered during that dark period of our recent history. It is for this reason that I would advise all those fellow expats, who, when they did have the right to national suffrage, chose not to exercise it, to now do so for the future. The stark reality of such failure, as we now know and we have always advised, is where our future can be determined by the vote of the elderly, but if that vote comes only from UK residents, it will not necessarily represent a proper balance of opinion of the majority.
I am one of the circa 800,000 British citizens who lost their right to a national vote because of that draconian 15-year rule. And to put this matter in proper context: David Cameron gave a pledge to hold a referendum as to whether we should remain in or out of the EU, and in the last Tory election manifesto he also gave a pledge to restore our right to national suffrage and that it should be for life. To his utter shame he honoured the first pledge, but dishonoured himself when not honouring his second pledge. It has, justifiably in my view, been said that politicians all over will promise to build a bridge even where there is no river. Recent events have given effect to that statement.
Following the Brexit result I wrote to many of my associates, “Beware the Ides of March” [Latin Idus Martiae, Late Latin: Idus Martii]. I did not do so for amusement, but it was rather based on my analysis of those debates following a lifetime of experience of assessing as to whether others were telling the truth or not. I quickly came to the conclusion that the main protagonists on either side of the debate were not and that this matter was more about power rather than about democracy.
I will be corresponding with others regarding renewed efforts to re-secure the right to national votes for all British citizens.
The danger for the British people is the present government’s declared intent to withdraw from the European Convention of Human Rights and Fundamental Freedoms which is overseen by the ECtHR. Ironically, the instigator of this Convention was the late Sir Winston Churchill and the protocols of that Convention were mainly drawn up by English lawyers. Many will be aware that on a number of occasions our Government have offered up this Convention as being the result of our EU membership, whereas nothing could be further from the truth as there is absolutely no nexus between this Convention and the EU save that they do share the same flag and that the EU has adopted many of the protocols of that Convention. The road to an all-controlling state is to first stifle all opposition under false pretexts. We saw it happen in the thirties and it could so easily happen again.
I have not referred to the absolute shambles the Labour Party now finds itself in, because I believe others can also properly assess the situation for themselves. Neither have I addressed the fragile state Gibraltar now finds itself in, not to mention the betrayal of Scotland and Northern Ireland. What I say is that for the immediate future we could well be looking at a one party all controlling State and that prospect should bring shudders down the spine of all those who believe in democracy. Further, we should also be very concerned over the fact that there had been absolutely no plans set in place in respect of as to whether we should remain in the EU or leave.
Beware of wolves in sheep’s clothing. 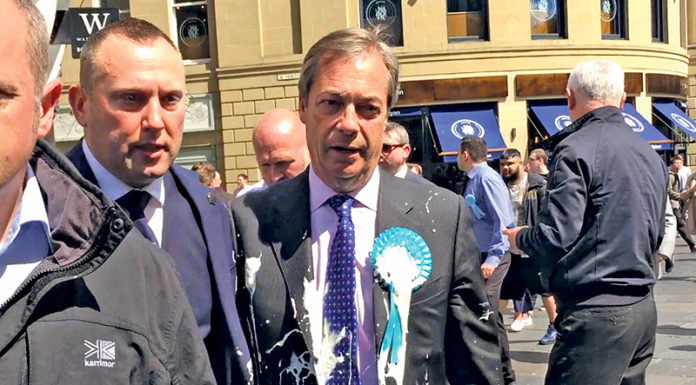 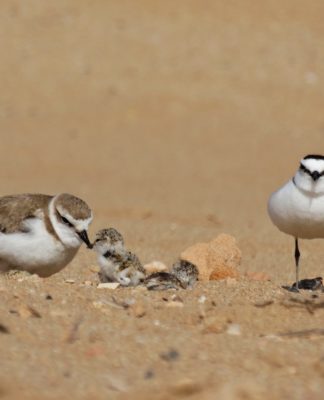