It was refreshing to read Mr Peter Fletcher’s article on the misuse of science.
Although now a retired chemist, having worked many years for UK central government in the energy and environmental sectors, I was trained to use the ‘analytical method’ of observation, inference, confirmation, interpretation and last of all ‘conclusion’.
All too often, we see today’s scientists driven by financial, commercial and political pressures, jumping from ‘observation’ to ‘conclusion’ in just one leap, without even considering that correlation may not necessarily be causation. Also, we have read about the corruption and misapplication of data to fit ‘global warming’, err… ‘climate change’ theories, with research establishments around the world, closing ranks to protect themselves and their associates.
Surely, the whole scientific approach to interpretation of observation and measurement must be sceptical, until finally confirmed, accepted and agreed as the truth. Scientific theory is never ‘settled’, but should always be subject to scrutiny, challenge and debate – even our UK National Academy of Science, The Royal Society, promotes a sceptical approach to science in its motto; ‘Nullius in verba’ – ‘take nobody’s word for it’.
The correlation between carbon dioxide and increasing global temperature, has now become so widely accepted by politicians, journalists, the media and even the general public, as the cause of global warming, that it is now extremely difficult to challenge this hypothesis without being ridiculed or at best, appearing eccentric and unorthodox. To many sceptical scientists, this situation has become a parody, somewhere between ‘Chicken Licken’ and Hans Christian Andersen’s ‘The Emperor’s New Clothes’.
Even when graphical representation of ‘proxy’ data covering thousands of years shows a strong correlation between global temperature variation gathered from tree rings etc., and carbon dioxide from ice cores, this has been hastily interpreted by some, as proof that carbon dioxide causes global warming, despite the graph clearly showing that the increase in temperature precedes the increase in carbon dioxide by around 500 years. Surely, an impartial approach to this correlation must conclude that the increase in global temperature causes the increase in carbon dioxide, but this does not stop ‘snake oil salesmen’ like ex Vice-President Al Gore, misusing this relationship to further his lucrative and self-serving campaign against man made carbon dioxide.
The scientific theory suggesting a link between carbon dioxide and global warming is based mainly on the work of Svante Arrhenius, a Swedish scientist, who in 1896, attempted to explain past ice ages by calculating that, if the atmospheric carbon dioxide concentration were to be halved, the Earth’s surface temperature would fall by 4.5 degrees centigrade and by inference, an increase in carbon dioxide should cause an increase in surface temperature.
However, the degree to which the increase in atmospheric carbon dioxide causes an increase in the Earth’s surface temperature has been the source of much disagreement in the scientific community and there are those who consider that other factors, such as water vapour and clouds, have a much more predominant effect.
Globally, we have already spent billions of dollars/euros/pounds, to reduce carbon dioxide emissions and in the process, have lost thousands of jobs, closed all the coalmines in the UK (we now import millions of tons of coal and even woodchips), blighted our landscapes with wind turbines in vain attempts to reduce anthropogenic carbon dioxide, based solely on Arrhenius’s hypothesis and of course, the ‘precautionary principle’, just in case carbon dioxide is the cause.
However, we appear to have conveniently neglected the enormous cyclical variations in the sun’s radiation, which many scientists now recognise having coincided with the extreme changes in the Earth’s temperature in the past.
Also, the ‘outgassing’ from the vast quantity of carbon dioxide dissolved in the oceans, (which cover 70% of the surface area of our planet), due to increases in temperature, a phenomenon which is governed by Henry’s Law of Solubility of Gases has also been generally ignored.
These two factors are thought by many scientists to explain why past increases in atmospheric carbon dioxide concentration have been preceded by increases in temperature.
As humans, we are obsessed with our desire to control our environment, but when considering the world climate and global weather patterns, we are humbled to discover that there are forces at work, which are far greater than any human influence and the only thing we can do is to attempt to understand and adapt to them, as we have done over millennia. As a species, adaptation is something at which we excel and why we have survived for such a long time, despite the climate, which is constantly changing.
Interestingly, William Henry’s work on the solubility of gases was accepted by the scientific community as early as 1803, and explains scientifically, why a pristine pint of cold San Miguel quickly goes flat, when exposed to the Spanish sunshine, releasing its carbon dioxide into the atmosphere as it warms up.
As I sit here in the sunshine with my pint of cool carbonated San Miguel, I don’t believe for one moment the ‘Chicken Likens’ who would have me believe that the sky is falling down, but just like the little boy in Hans Christian Andersen’s folktale, I do know why the scientific establishment needs to cover up, as things become ‘altogether’ more transparent with the passage of time. 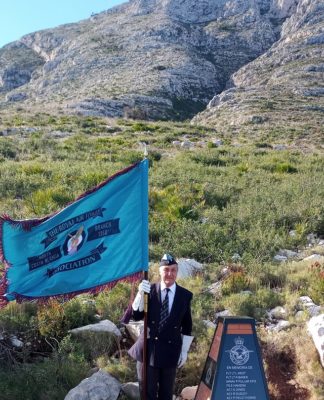 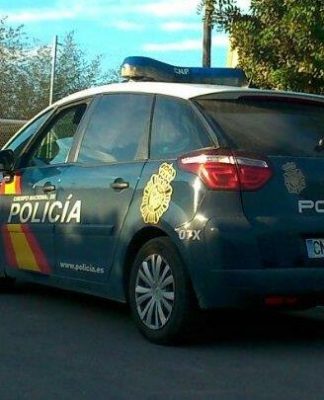 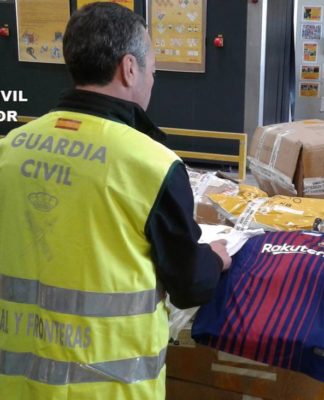