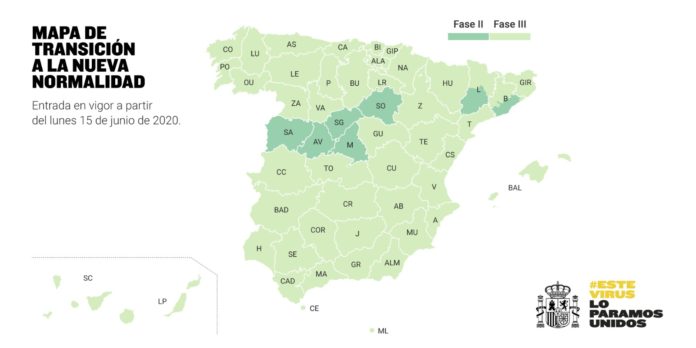 The health ministry has allowed all three provinces in the region – Alicante, Valencia and Castellón – to progress to phase three of the government’s exit plan on Monday (June 15).

Regional president Ximo Puig had highlighted the ‘positive evolution’ of the pandemic in the region, ‘according to all the figures’.

The move will mean that residents will be able to travel between the three provinces in the Valencia region.

The timetable for exercises and walks will also be scrapped.

This phase will be managed by the Valencia regional government.

A full report on their rules for phase three will appear in next week’s Costa Blanca News.