Dear Sir
There is no need to agonise about Brexit.
Just ask yourself these simple questions. Do you want Britain to be a democracy where the people vote in a parliament that is answerable to you? Do you want a say about immigration with the power to control numbers, exclude the bad eggs and really be able to deport them? Do you want to have your own laws which have proved to be the best in the world with a provenance going back to Magna Carta (1215)? Do you want Britain (the 4th largest economy in the world) to expand its wealth and its worldwide trading to three times (a minimum estimate) what it is today? Do you want worthwhile allies like the United States and the Anglosphere in the escalating war with IS?
Or do you want to stay in a very expensive, unelected, bureaucracy that is behind the times, has a collapsing banking system and an inability to sort themselves out? Do you want to be ordered about by two largish countries who don’t particularly like us and 26 (is it) Ruritanas who may have been independent for as long as 146 years (Italy) or fifteen minutes (the eastern bloc)? Do you want Turkey with its millions of Muslims as an ally (due to join the EU in five years’ time) and the EU who did nothing about the carnage in Kosova for four years and recently made the situation worse in the Ukraine?
People in Spain should not believe the whopping great lies the government is putting out. Cameron, after being a Eurosceptic all his political life, has turned renegade merely because he wants to stay in power and then hand over to his little friend Osborne.
It is deplorable conduct. Expats will lose nothing and will eventually be better off if we vote Leave. 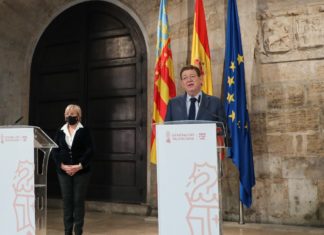