From a friend who flew back to Liverpool from Alicante yesterday! They have still not got it right!

As threatened – the story of flying from Spain to the UK

Alicante looks about half open in terms of flights/cafes etc. but with about a quarter of the normal number of passengers.

The UK entry/quarantine form was not well done – contained duplication, confusing questions and had no verification of the contact phone number.

The end product is a three-page pdf file that will usually need to be shown on a phone and will be really fiddly for a lot of people. Easiest to print it off, if you can – most people won’t be able to, given the “within 48 hours” rule.

At the airport, they were using passport desks – so the officer could see you had a form and a passport – not to check the details. I was near the front of a fairly small queue so I was soon out.

They’ll struggle (and probably won’t try) to scan forms until they improve the form or do a proper app for it.

Only 61 people on the flight. The stewardesses looked pretty resigned/depressed when they heard. I suspect we’ll hear about another round of consolidations/cancellations soon.

Good for me though – I had all three seats in my row and no one in front of behind me! Masks on flight, Ryanair keep reminding people over the intercom. 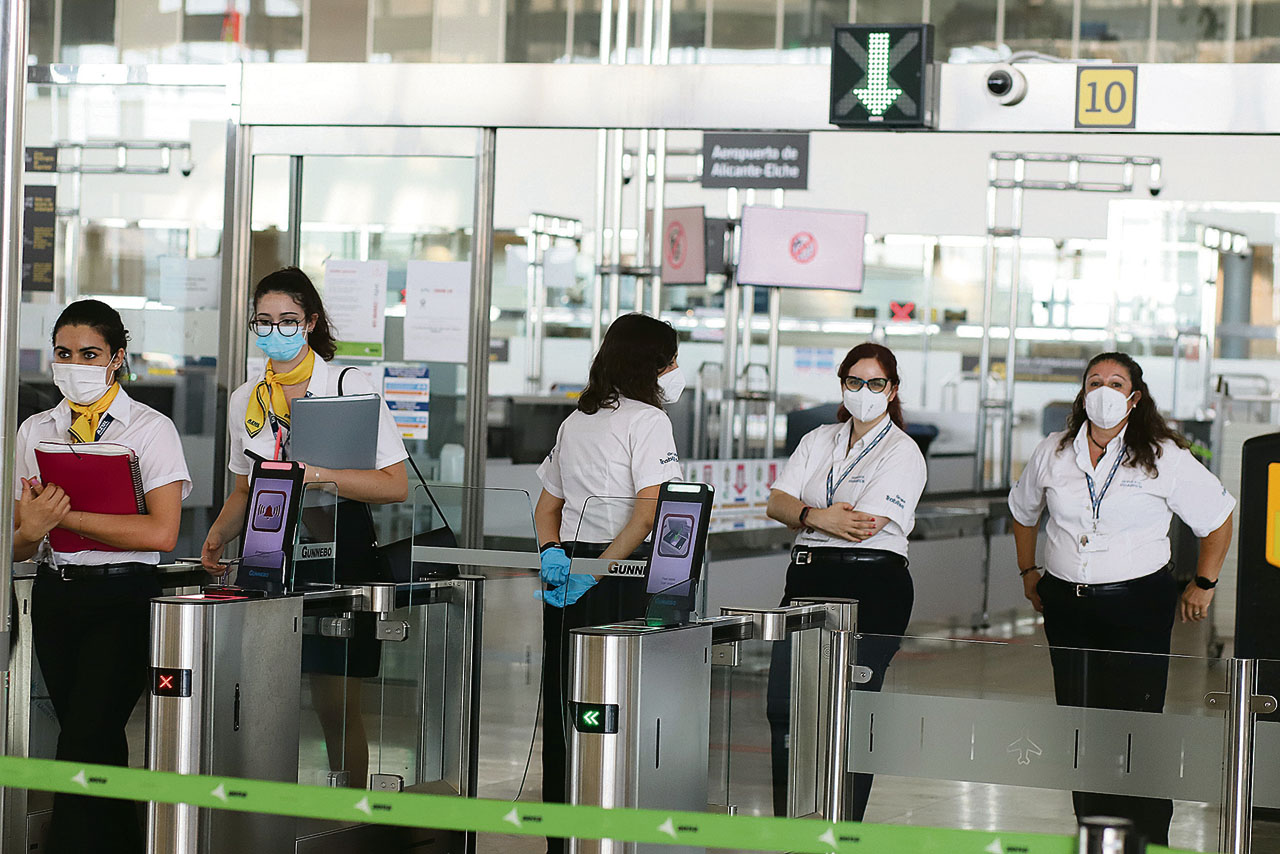