Dear Sir,
The name Tommy Robinson attracted my attention for the first time in connection with an article regarding a ‘reporting ban’ on the case, ordered by a court. How strange, I thought, considering that British freedom of the press, free speech, etc. – the pillars of democracy – has always been renowned internationally.
Today, I have come across Mr Robinson’s letter of June 20, 2018, written in prison, featured by the German COMPACT-Magazine [Motto: ‘Germany’s strongest voice of resistance’]. Mr R stated that, among other things, subsequent his detention he had to defend himself against attacks by Muslim inmates. It took the Intervention by Lord Pearson, who threatened the ministry of interior with legal consequences, until the prison administration conceded to Mr R protective custody.
The Dutch patriot Geert Wilders visited Mr R in prison; Donald Trump JR and others assured him their full support. An army of demonstrators on the streets. Members of the German AfD party (Alternative für Deutschland) offered Mr R. legal assistance in case he intends to file a request for political asylum in Germany.
Another solution to end Mr R’s solitary confinement, make his prison life pleasant and safe, give him time to write his book ‘Battle of England’, could be a Twitter ‘Presidential Executive Order’ by the remarkable Donny Boy Trump, “The jailbird TR is allowed to serve his time in an US Federal or State Penitentiary under the protection of the Aryan Brotherhood, White Supreme Power and the proud Knights of the Ku Klux Klan and he is entitled to unlimited conjugal visits.”
Britannia, quo vadis? 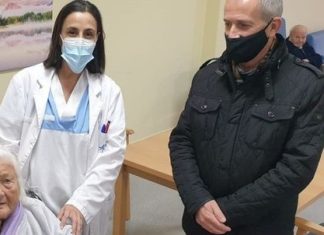 January 19, 2021
0
Several mayors and local councillors in Alicante province are in hot water over allegations that they jumped the queue for Covid vaccinations. The regional health...