Dear Sir,
I would like to highlight a problem that the residents of Rojales and Quesada are experiencing with the refuse service.
For the past few years, dozens of bins in the streets have been badly damaged with large cracks down each side of the front panels of the bins. I was puzzled by this because I doubted it was being caused by residents as the bins are very robust.
I happened to see a bin being emptied one day and realised why. The bins have pivots at each end of the bin, which should be used to support it when it is being lifted and tilted up into the refuse lorry.
This particular lorry did not have the mechanism to support the bin at the sides and was lifted by the front lip of the bin and then tilted upward. This procedure is how the bins have become badly damaged and had to be taken out of service.
There are dozens of these bins still in the collection yard near the Aquapark. We, the taxpayers of Rojales have had to pay for these replacements. A lot of these damaged bins were replaced just before the last local election with larger bins. The problem with the larger bins is that they will not fit behind the barriers that the council installed several years ago to stop empty bins from blowing down the streets when it is windy. More waste of taxpayers’ money!
There was a problem with the previous refuse company who were not emptying the bins on a regular basis and were replaced by another contractor just after the last local election. The bin service with the new company had been good until about two months ago when the collection service dropped to two collections per week instead of daily. The common factor here seems to be the council and I suspect it is due to the company not being paid enough for the amount of waste they are supposed to remove. I have now noticed that some of the new larger bins have been damaged in the same way as the older bins.
The residents pay for a refuse service that should happen each day and we are not receiving that service. Also, a lot of the recycle bins around the town are not being emptied on a regular basis and they are overflowing. The council do not realise that the residents regard this as very important service in the town, which will be reflected in the next local elections. 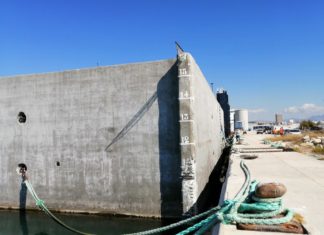