Dear Sir,
Re: Letters Page, CBN, May 13-19
I must admit to feeling physically nauseous after reading the diatribe by your correspondent Wilfrid Weissmann.
Criticism of any government, including that of Israel, is perfectly legitimate, and indeed many Jewish people around the world (including many in Israel itself) do criticise the actions of the Israeli government with respect to the Palestinian people.
However, the actions of that democratically elected government are the responsibility of those citizens of Israel who vote.
Most of the millions of Jews around the world (the Diaspora, as Weissmann would put it) have no input whatsoever in those actions and certainly have no responsibility for those actions.
Weissmann’s letter included the words Hebrew and Jewish no less than five times; it is inescapable that his target is the Jewish race, and not just the Israeli Government.
He refers to the “mighty British pro-Israel lobby“, “Jewish compelling influence“, and “Jewish controlled media“. All this from a UK Jewish population of less than one in 0.5% of the general population.
This is clearly a racist letter, and, had it been published in the UK, I would have had no compunction in reporting it, naming both the author and the CBN newspaper for publishing it.
I am appalled that a reputable and well-read newspaper such as the CBN should print Weissmann’s letter.

As all letters on this page, they are the opinions of our readers. We may not share such opinions, but as in your own case we are open to publish them, providing they are not personally insulting. We regret you found this particular letter offensive. 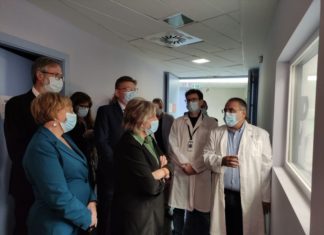