Considering the detrimental treatment of an illegal, abhorrent taxation British residents are enduring, I am astonished that “Costa Blanca Nachrichten” did not report such Spanish state extortion practices being inflicted upon “Fritz” who is seeking relief for his arthritis stricken bones on the Costas.

Does a timid Mariano Rajoy not want to mess with that Merkel hag who could be retaliating by shipping down south a battalion of dubious asylum seekers?

On December 5, 1966 the West German government ratified with Franco’s Spain an agreement to avoid double taxation of their respective nationals.

Back to the current case. Even a non-jurist is able to perceive that, apart from an iniquitous breach of the Double Tax Convention, Spanish authorities, clumsily, are committing an arbitrary discrimination on the basis of nationality and residence. In addition, its concealed measure to fleece foreign residents violates Article 63 of the Treaty of the Functioning of the EU (TFEU).

Remedy looms up by a time-consuming way as the chronological order of a case reveals which concerned the unfair treatment of non-residents in connection with an illegal imposition of gift and succession tax:

July 11, 2007:  The European Commission (EC) requested from the Spanish government an explanation on the biased treatment of foreign nationals not residing in Spain when it came to gift and succession tax. Three years silence from beyond the Pyrenees!

March 7, 2012: A dissatisfied EC took the Kingdom of Spain to the European Court of Justice (ECJ).

March 23, 2012: The ECJ received Spain’s appeal. The most prominent, but amateurish rebuttals: “The cry for inadmissibility”. Weeping: “…the EC should respect Article 4 (2) TFEU, ie “the national identity of an EU Member State and the fundamental, political, constitutional structures, including the local and regional autonomies.” “The ECJ is lacking any competence to deliver a sentence concerning fiscal affairs based on Spanish constitutional orders.” The ECJ judges probably laughed their butts off, jumped on their desks when coming across that hogwash why the “guiri” was forced to pay an additional tax of 20 per cent: “Spain favours the objective to guarantee an efficient fiscal control and combat tax evasion.”

Paragraph 67: “It should be remembered that the measures prohibited pursuant Article 63 TFEU, section 1, to create restriction of the movement of capital, include especially those which could prevent non-residents from realising investments in the Member State or maintain such investments (see sentence Halley C-132/10, EU:C:2011: 586, paragraph 22 and see quoted jurisprudence)”.

P.77: “There does not exist any difference between the tax situation of a resident and the one of a non-resident which would permit a different treatment (see sentence Schumacker EU:C:1995:31, paragraph 31)”.

P: 79: “The Kingdom of Spain did not comply with her obligation in regard to article 63 TFEU.”

I’ll keep my fingers crossed that the complainants of the current case achieve justice and throw the Finance Ministry’s wise guys where they belong: At the European Union’s pillory… 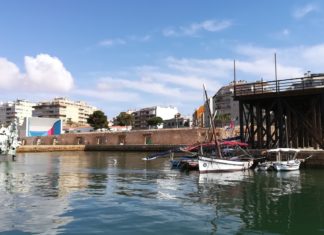