I think it is about time the wringers of hands and doom foretellers grasped some sense of reality. No country in their right minds are going to bring in tariffs and trade barriers against the UK and for the same economic reasons no country will chuck Brits out, nor Britain throw out the much needed European workers, particularly in either agriculture or specialised skilled work.
One way of Britain showing a commitment to its European residents would be to enact a confirmation that existing European residents in the UK at the time of actual Brexit can stay there BUT this would only be triggered when Europe passes a quid pro quo confirmation for Brits residing in Europe. Seems logical.
Instead of all this wasted effort going into trying to reverse the referendum result, we should all be encouraging each other to be positive and make it work- particularly the media and here with the English language newspapers, rather than trying to appeal to the lowest level of sensationalism in their reporting.
Please give us some positivity in the Letters section.

Dear Mr Price
At this stage we can only inform readers of the actual situation, which as you know is ‘wait and see’ when the talks start. Our news reports on this are factual, while opinion columns such as Vox Pop and interviews give readers just that: opinions on what may happen. As for this Letters to the Editor section, it is open to all readers to voice their own thoughts on this issue, both for and against, and we print the majority of the ones we receive on Brexit as it is currently the issue than most concerns our readers. We do strive to keep a balance, but in the end, it is you, the readers, who have the choice to join in this debate on these pages or not, and deliver your points of view – for which we are most grateful.
Best Regards.
Ed. 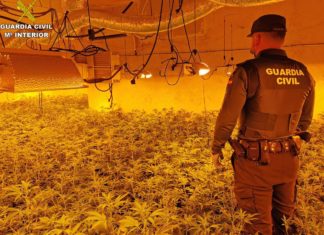 March 1, 2021
0
Tenants of a €2,000-a-month Costa Blanca villa shared their home with a secret marijuana plantation – allegedly using the income from drugs to fund...