Dear Sir
Your correspondents who fear Brexit should be better informed.
Our relationship with the EU post exit would be the same as that of Iceland, Norway and Switzerland, but because of our larger population and our strong economy we would in fact be even better off than those three countries, the second and third of which are the wealthiest and second wealthiest nations on earth.
Their nationals – even if abroad – get larger handouts than they ever received from the EU and all three peoples prefer their current deal to ours.
Recent polls showed them against EU membership by, consecutively, 60%, 79% and 82%. Brits, including expats, would be equally contented.
The British people are being conned by lazy politicians and civil servants who would have the task of writing trade agreements with the whole world (not allowed by Brussels at the moment) to our greater prosperity.
Our current business with Europe would be unimpaired and we would regain our freedom and laws, enabling us to make our own decisions on immigration instead of having more millions foisted upon us. It is Britain’s last chance to become a nation state again and those who vote for Britain to stay in the EU Soviet are betraying their country.
Cameron is another Chamberlain waving a useless little piece of paper about and should be ashamed of himself. 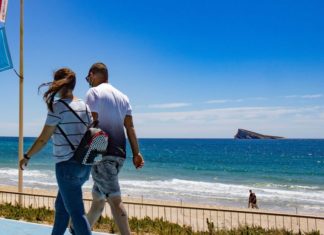 May 12, 2021
0
While uncertainty still reigns over how many tourists will get to enjoy the beaches of the Costa Blanca this summer, this year’s Blue Flag...