The reason for this letter is to see if your newspaper could help me in getting some action to tackle the garden next to our house.
It is now known as the The Jungle House, the problem is that the owners of this house both died within a short time of each other about 8 years ago.
There is no will. The owners were not married to each other and were at an advanced age. Neither of their families want anything to do with the property. Over the years the garden has overgrown amazingly with some weeds over 2 metres tall. It is also infested with some very strange beasties.
I have contacted the Town Hall via a local publication but to no avail.
There is now a serious health risk which is just totally out of control.
Some help would be much appreciated.

Dear Mr Lormor
We’ve spoken to the town hall and a spokeswoman for the municipal health department, which is responsible for matters like this, have advised him to submit an official ‘instancia’ form, indicating the street and number of the house in question, at either the town hall or its office in Gran Alacant. 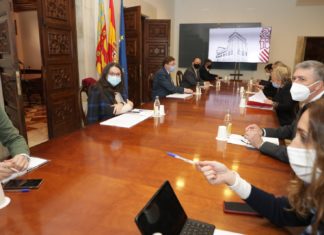