Home Costa Blanca News Letters to the editor Better off out

So it’s begun the run up to the referendum on the 23rd June to decide the future of the UK. Don’t get me wrong it will really decide the UK’s future, whether it stays in or gets out, and either way the future will be in the balance.
My personal feeling is that the UK will be better off out of the EU.
I am one of the thousands of expats that have lived away from the UK for more than 15 years and have been told that I will not be able to vote anyway. So why am I bothered you might say.
If I was a single person without any family back in the UK I would probably feel like a lot of expats who have been brainwashed to believe that if the UK leaves the EU they would all at once become illegal immigrants. That is pure unequivocal bullshit.
Regarding health care, Spain and the UK has had reciprocal arrangements long before the formation of the EU.
There are thousands of European workers in Britain who have lived there and worked there for years, are you telling me that they all would be thrown out and sent back to their own countries. No of course not.
The fact is and it is a fact that is very rarely said from the remain side, and that is that the EU needs the UK far more than the UK needs the EU.
Let’s get back to my initial remarks. What would be the UK’s future if the vote decided that we stay in? Well for a start Britain would have basically given up all that our fathers and grandfathers fought for in two world wars. Secondly they would have capitulated to an unelected body of bureaucrats that is answerable to nobody. And as such Britain’s place round the table would be greatly diminished.
The EU now is nothing like it was supposed to be when Britain first joined. If one likens it to an item you might buy from a store and after a period of time this same item is shown not to work in the way it should, what do you do? You get rid of it; you take it back and get your money back. Well that is precisely what is happening with the EU. It simply is not fit for purpose.
Now on the other side, if the electorate vote to come out, how will the UK manage without the EU? Well for starters it would all of a sudden be better off to the tune of some 23 million pounds per day after taking into consideration our rebate and payments to farmers and such. But it still would be an enormous saving.
We would also be able to run the country in the best interests of its population with regard to its legal and finance systems, which by the way have been used as a blueprint by most other countries around the world.
The UK would also be able to trade with whosoever would trade with them on terms not decided by non-entities in Brussels.
In short The UK would go back to being Great Britain once again 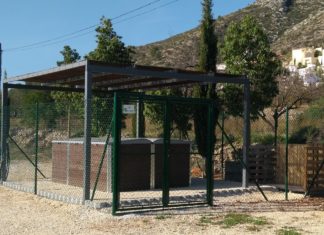