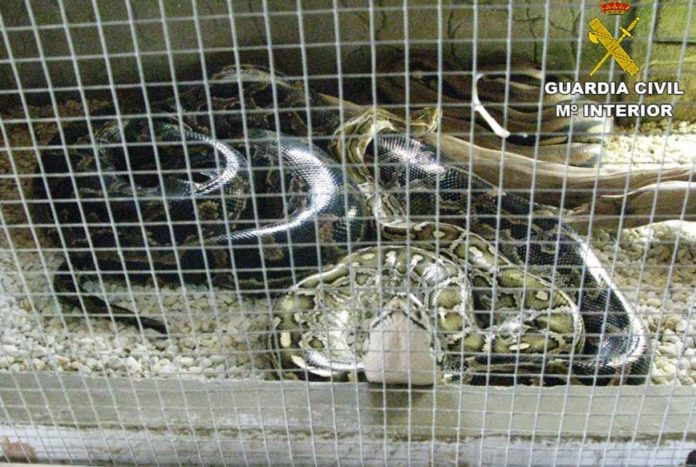 A total of 138 reptiles and turtles have been seized during an operation carried out by Alicante Guardia Civil.