British expats who fail to sign on the town hall register or apply for residency before next year’s Brexit “could be in trouble” with the Spanish authorities.

Addressing a 100-strong crowd, Mr Hill said: “Those who are ‘flying below the radar’ could be in trouble come March 29 (the date the UK leaves the EU in 2019).

“If you want to stay in Spain – get your NIE (foreign identity number), get your padrón and get your ‘residencia’…otherwise there may well be an issue for you.”

He was critical of Brits who were undecided over where to live. “It’s make your mind up time – you’re going to have to decide where you want to be before March 29,” he went on.

Mr Hill, who has so far held 10 meetings on Brexit in other parts of the country, stressed that appointment waiting times to obtain residency permits at the foreigners’ office had risen from two to six weeks in the wake of the Brexit vote.

“By the end of the year, when people start to panic, you could be talking months,” he added.

Ms Arbouin echoed his views. Fielding questions also about health, pensions and voting rights, she was adamant expats would have to register as residents if they wished to continue benefitting from the country’s public services.

“If you are registered now and are resident at the point of us leaving, nothing should change for you, but it’s not sufficient for you to say ‘I’ve lived here for 15 years’ – you will have to have had a legal footprint here,” she added.

She said anyone in doubt should check with their local council to ensure they were still on the padrón and to contact the National Police regarding their ‘residencia’ (residency) status.

Although the second reading of a private bill to grant votes for life went through the British parliament on February 23, both Mr Hill and Ms Arbouin downplayed its significance for expats intending to vote in future UK elections, saying the proposal could yet be scuppered.

On the issue of voting in Spain, Mr Arbouin told this paper that she was “not confident at all” that expats would be able to vote in the forthcoming May 2019 local elections.

Despite being hopeful both countries would be able to strike a bilateral deal following the EU’s announcement that it would not get involved over the issue of voting rights in member states, she said it was doubtful this would happen in time for next year’s local polls, meaning expats now faced being disenfranchised both in the UK and in Spain.

Brexit – what it means for expats so far:

Ms Arbouin reminded everyone that “nothing is agreed until everything is agreed” but stressed there was a “broad agreement” with the EU over citizens’ rights. Namely: 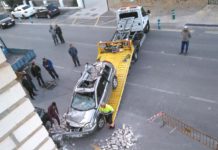 November 12, 2019
0
The Socialist party (PSOE) and Unidas Podemos have just announced an agreement to run the country. They will operate a coalition government but will need...