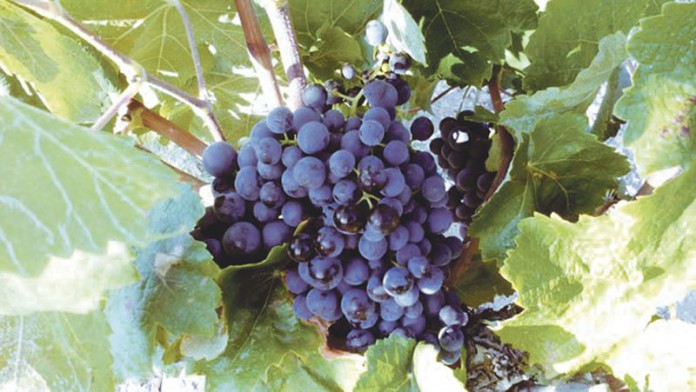 Remember the song? Sly and the Family Stone, 1972 – just to put your mind at rest!
I can’t remember the words, so I’ve no idea if the lyrics are at all relevant to Bodegas Pigar, the smallest bodega in DOP Utiel-Requena, but the title is most certainly appropriate.
My contact at Bodegas Pigar is the alarmingly ‘joven’ Juan, whose age, height and long hair remind me a little of myself in my student days (now don’t scoff, I had hair at one time, and I’m still tall – and age, well we won’t go there!), whom I met in his capacity as Head Wine Maker at another bodega. Juan remains in that position but is also a major part of his family’s new venture – fulfilling the same technical role.
Like so many bodegas these days it’s a harmonious blend of vine tending and wine-making history and tradition, with modern methods, academic study and national, international and sometimes inter-hemispherical hands-on wine-making experience. Juan’s father, Antonio, tends and overseas the vines with another Antonio, presumably his first born son.
Juan’s mother, Amparo, is in charge of the office as well as visits, and his sister, Ines, who studied fine arts and has an art shop in town, is the label designer. Plus, of course, at harvest time the whole family, as well as dedicated friends, lend a hand to the demanding task of collecting the grapes at the optimum time as well as keeping them in perfect order. As Sly said – it’s a family affair.
And the result? Well, very good wines, at sensible prices!
Pigar Chardonnay 2014, which although grown in Spanish sunshine, is more like a Burgundy white wine,than a fruit salad of a New World Chardy. I’ve tasted some similar offerings from the Languedoc, so I guess I’m talking here about a Spanish wine with a slightly French Spin – which can surely only be a good thing.