Home British Scene Royal Wedding was a blip in the schedules 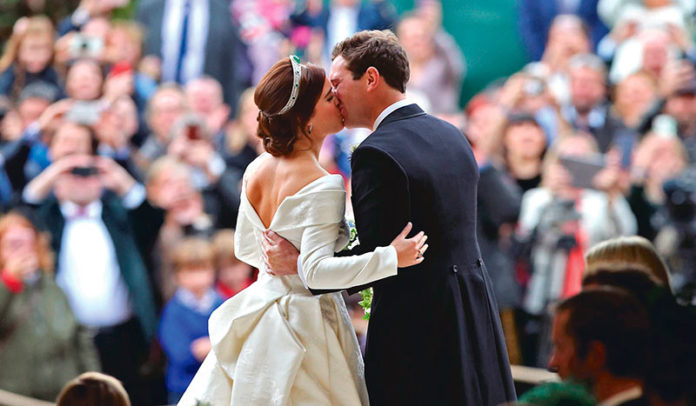 I missed the live coverage of the latest royal wedding as I was darning my socks in readiness for winter. Meanwhile, broadcasters were just as relaxed about the affair. Unlike Harry and Meghan’s big day which was spread across numerous channels, the wedding of Eugenie and a bloke called Jack only managed to secure a slot on ITV. And even then it didn’t warrant its own programme but was crowbarred into an edition of This Morning, and not even with the regular presenting duo of Philip Schofield and Holly Willoughby.
The reserve team of Eamonn Holmes and Ruth Langsford were on hand to entertain viewers that weren’t enticed by the BBC’s competing schedule of Homes Under the Hammer and A1: Britain’s Longest Road. Aunty Beeb just didn’t bother with it that’s how insignificant the wedding was to anyone other than the happy couple and their family and friends.
I did however, watch a five-minute highlights package that This Morning put out on YouTube. I have a fascination with how presenters and reporters cover these sorts of bashes because there’s often little to comment on and only somebody with Dimbleby genes can make a decent go of it. The programme assembled a line of pundits to increase the number of people with nothing to say. Consequently we heard such gems as the wedding was a “family affair”, had a “warm feeling” and that friends of the couple were there to “wish them the best”. The mind boggles at what inanities must’ve been uttered during the rest of the fluffy fawn fest.