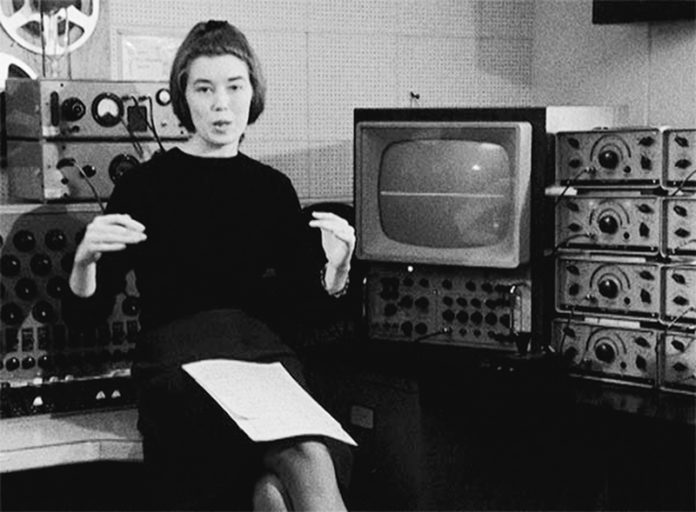 About time too. Electronic music pioneer Delia Derbyshire is finally getting some of the recognition that was sadly lacking during her lifetime. This week she was awarded a posthumous honorary doctorate from Coventry University. Her work with the BBC Radiophonic Workshop laid the foundations for a lot of the sound design we hear on television these days and was an inspiration to a gazillion musicians.
Her most famous piece is her arrangement of the original Doctor Who theme tune, arguably the best television theme tune ever written. The composer was Ron Grainer but his melody was transformed by Derbyshire (assisted by Dick Mills) into the haunting ethereal tune we know so well today. On hearing the finished work, Grainer is said to have remarked: “Did I write that?” Derbyshire replied, “Most of it.”
The theme was created by sound generating equipment recorded onto quarter-inch mono tape. This was long before synthesizers were on the scene. No instruments were involved. Each note was individually created and later modified. To assemble the piece the notes were trimmed to length by cutting the magnetic tape and then stuck together in the right order.
Yet for all her brilliance she has largely languished in obscurity. Due to BBC policies at the time she was not credited for her contribution, and her name still does not appear on the end titles. With the programme about to have its first female lead now more than ever is the time to rectify this. Come on BBC, play fair.