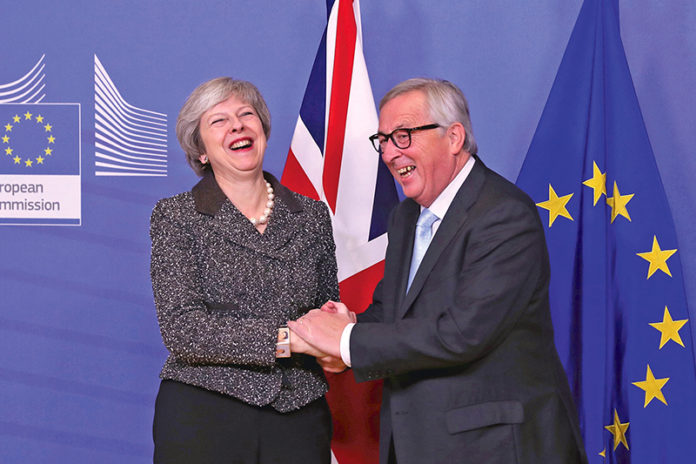 Run Theresa, run Theresa, run, run, run,
Now that your premiership’s almost done, done, done,
We’ll get by without your Brexit lies,
So run Theresa, run Theresa, run, run, run.
And she’s off! After the vote that never was, Theresa May ran off, scampering to Europe to beg on bended knee for them to make concessions. Her disappearing act and the abandoning of the meaningful vote on Tuesday were the biggest acts of political cowardice in decades. She roused the country and then bottled it at the last minute.
Instead of standing and fighting her corner for the deal she had reached with European leaders she scarpered and left Commons leader Andrea Leadsom to make a hash of defending her boss’s indefensible position.
May has been assailed on all sides for weeks and even once loyal supporters criticised her deal. With her self-defeating red lines, she is the mistress of her own misfortune and has no one to blame but herself for this mess. Her continental dash was nothing more than an attempt to buy time, not for the good of the country but for her own political survival. She cancelled the vote on Tuesday out of naked self-interest treating parliament with contempt along the way.
Rather than taking delight in her humiliating U-turn I’m aghast at how she blunders on, damaging the UK’s reputation in the process, making us look chaotic, weak and foolish.