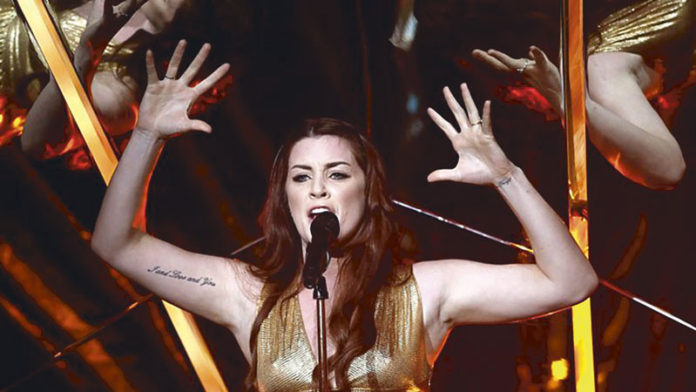 Despite predictions that the UK would be punished for Brexit, the voters at Eurovision did no such thing and Lucie Jones came a credible 15th with 111 points.
On a night when many performers didn’t hit their notes, she was spot on. Her voice was fantastic, and unlike others, she didn’t need to rely on theatrics such as dancing brides or someone dressed in a gorilla suit. Unfortunately, she was singing a middle-of-the-road dirge with barely a recognisable hook. Given better material she could’ve stormed it.
We have brilliant songwriters and musicians who have created some of the best pop and rock music to grace the airwaves, yet somehow in recent years we just haven’t been able to get it together for the world’s biggest songfest. We have won it five times, and whether or not you like our winning entries, such as Sandie Shaw’s Puppet on a String or Making Your Mind Up by Bucks Fizz, these songs are memorable and hummable.
I feel for Lucie as this isn’t the first song contest she has lost. She was booted off the X-Factor live shows in 2009 after a bottom-two sing-off with Jedward, of all acts. Still, she has subsequently enjoyed a lot of success in musical theatre and bore her Eurovision result with admirable grace and humour, tweeting from Kiev “I WONNNNNN!!! Oh no wait…”