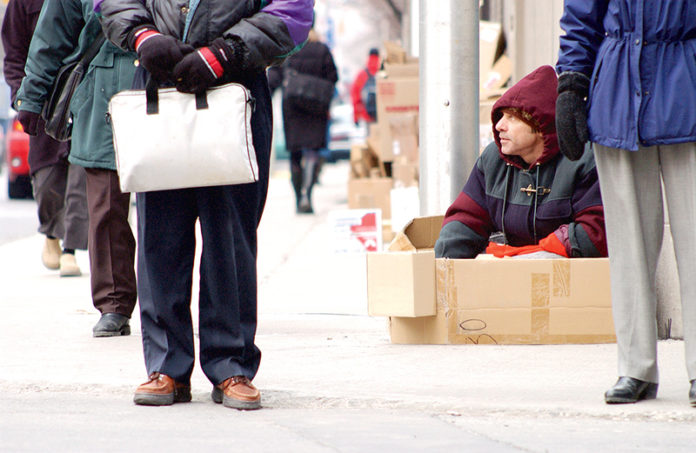 I wonder if the new work and pensions secretary Amber Rudd means to continue as she started by ignoring facts and shooting the messenger. She used her first appearance in the House of Commons in her new role to attack the conclusions of a UN inquiry into poverty in the UK.
The report was by Philip Alston, an eminent human rights lawyer and the UN’s special rapporteur on extreme poverty and human rights. He found that about one-fifth of the population lives in poverty, and 1.5 million are destitute which means that they cannot afford basic essentials. And just as damning was his finding that Austerity Britain was in breach of four UN human rights agreements relating to women, children, disabled people and economic and social rights. Alston’s work backs up similar research such as a recent report by the Equality and Human Rights Commission that found that 30% of UK kids live in poverty.
While all these conclusions are genuinely shocking you don’t need experts to tell you about the wretched state that some people find themselves in. For crying out loud we have food banks in 21st century Britain and the Tories are in denial. Remember when Jacob Rees-Mogg was asked about them. He said the only reason for the rise in their use was because people know they are there. Are the Tories just ignorant or are they wilfully kicking people while they’re down?
There is a striking disconnect between what government ministers say about poverty and what they do, which is nowhere near enough to help. Rather than admit their manifest failings they go on the attack. When critics point out flaws with the design and implementation of universal credit, they are branded saboteurs. This, despite the many stories of how the system has made life even worse for some people.
Charities hope that Alston’s findings will serve as a wakeup call to the government and get them to act. I reckon there are two chances of that happening: slim and none.